There are still 400 people including children locked up in detention even though they committed no crime. There are another 8,000 people seeking asylum stuck in limbo with no right to study, no right to work, and no income support.

But we know that when enough people stand up, we can push the Federal Government to act. Last year, 50 people seeking asylum were released from detention after we protested outside the hotel where they were held.

The Federal Government is not going to act unless we put pressure on them. That is why it's so important that everyone who cares about migrants and refugees comes to this rally.

Meet us at Mr Tulk Cafe at 1:45pm and we will walk together to the rally. Look for the MWC banner and organisers in MWC t-shirts if you can't find us! 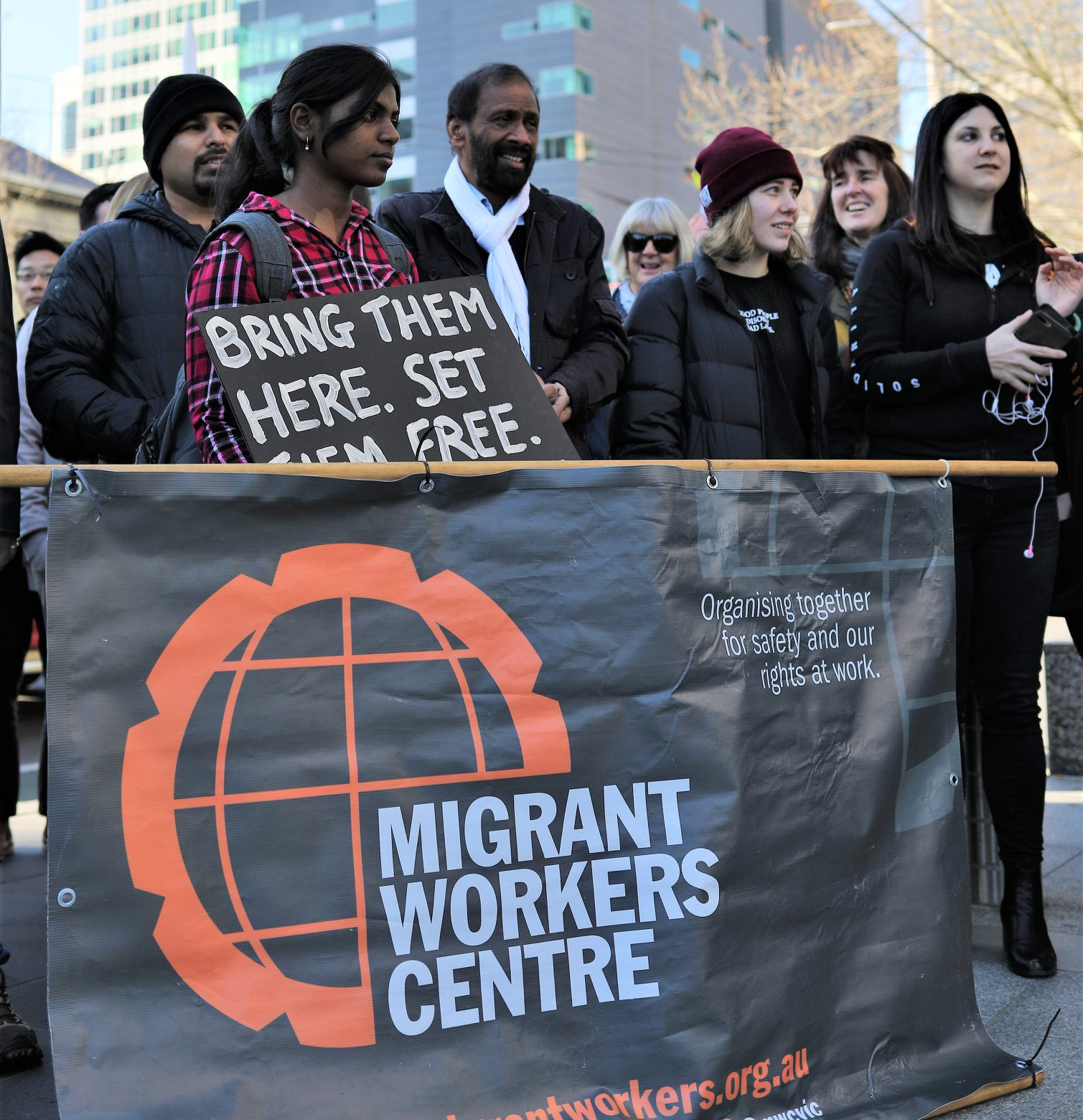