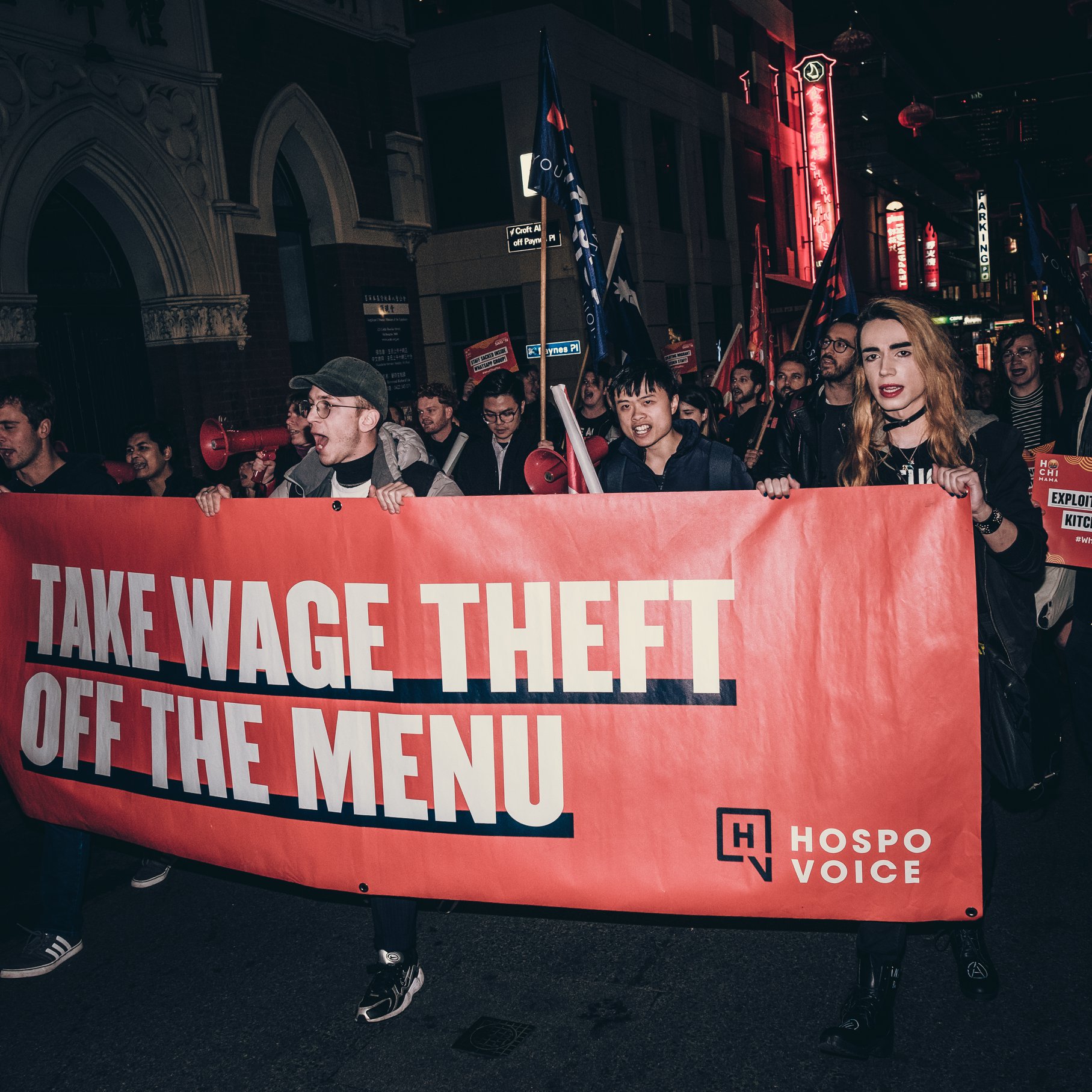 Imagine having over $17,000 in wages and super stolen from you by your boss.

Then imagine your boss responding to your claim for stolen wages by making up accusations that you’ve taken money from the till. And threatening you that they will take it to the police unless you stay quiet.

That’s what Darren, a working holidaymaker from Taiwan, has experienced at Xpressomondo, a café on Degraves St.

He and six of his co-workers are collectively owed around $24,000 in wages and super.

This isn’t the first time that there have been allegations that Xpressomondo has ripped off workers. In fact, it was one of the establishments on Degraves St called out by the Hospo Voice union only a year ago.

Xpressomondo has had many chances to clean up their act, but they have not.

This case once again shows the prevalence of wage theft against backpackers and international students. It’s become integral to the business model of Melbourne’s hospitality scene.

We thought we’d make some noise about the injustice to workers happening at Xpressomondo.

Join us there on Degraves St on Wednesday 4 December at 1pm.