The August-September edition of the Migrant Workers Centre newsletter features:

Since the launch of our visa reform petition six months ago, we’ve been working hard on the campaign for more visa pathways to permanent residency in Australia. Two recent government inquiries - the Senate Inquiry into Skilled Migration and the Inquiry into Temporary Migration - were opportune moments to put our vision for a fairer visa system in front of Federal decision makers. We made submissions to both Inquiries and the Committee on Temporary Migration recently published their final report which incorporated nearly a dozen of our recommendations:

Some key recommendations adopted include

The inclusion of our recommendations in this report is a milestone moment for this campaign, and gives us a strong foundation to take our fight for a fairer visa system to Canberra. 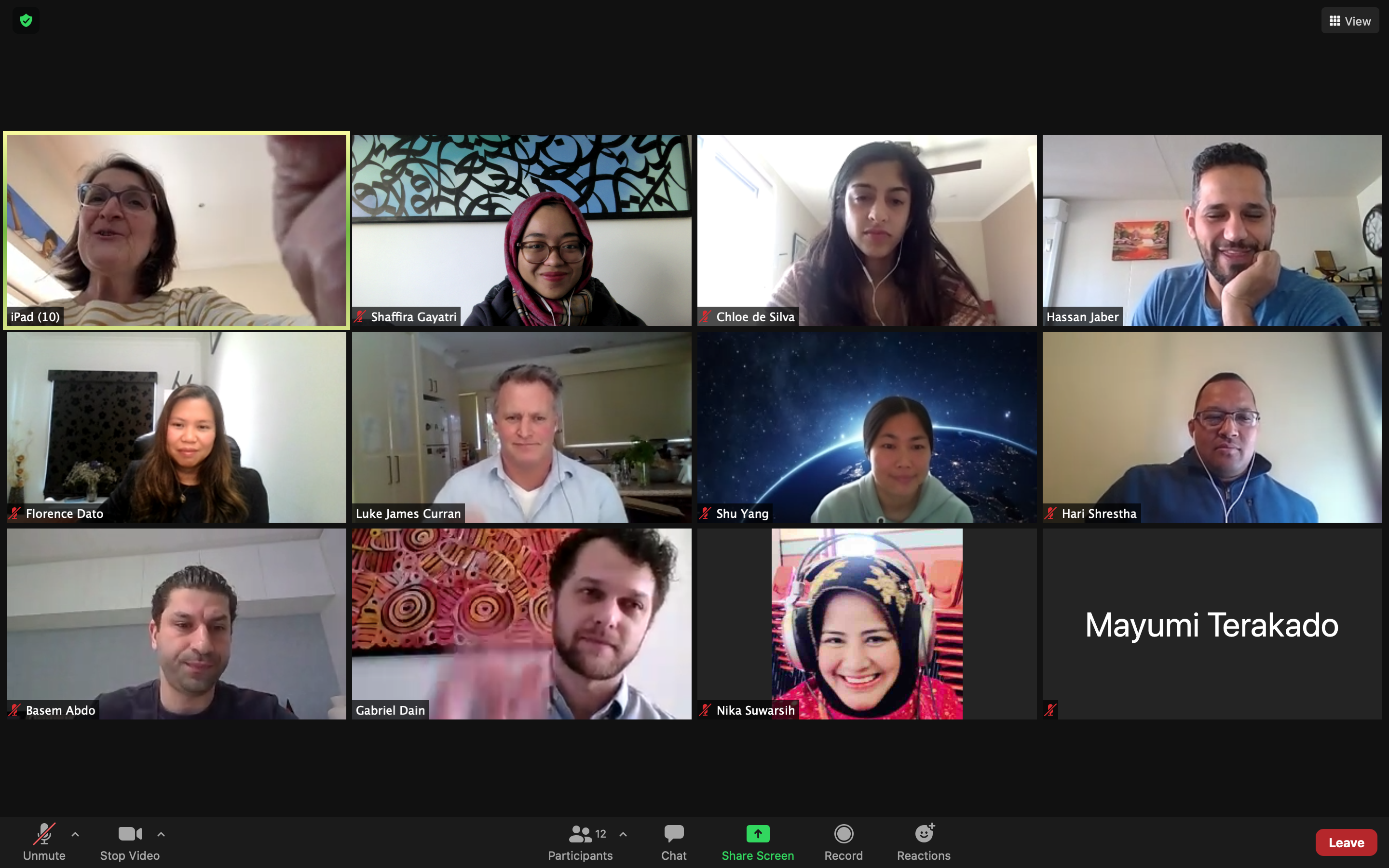 Alongside our online campaign and government submissions - the Migrant Worker Solidarity Network has been busy advancing the campaign for permanent visas. Earlier in the year, Migrant Workers Centre activists wrote letters to their local MPs and members of Parliamentary committees to share their migration stories and call for visa reform. They followed up this letter writing action by meeting with MPs and Senators across political parties to talk about why visa reform is urgently needed.

So far, the network has met with Mark Dreyfus MP, Senator Jess Walsh, Maria Vamvakinou MP, Senator Claire Chandler, Senator Damien Drum and Julian Hill MP. These meetings were not only a chance to restate the importance of our recommendations. They also provided a space for workers with first hand experience of Australia’s migration system, many of whom do not have an electoral voice, to share their stories and be heard by our elected representatives. More meetings are scheduled for the remainder of the year.

SURVEY: Does our website meet the needs of your community?

Right now, we’re working on improving our website to make it more useful and accessible to migrant workers. On our website, you can book an appointment, access translated resources, sign up to volunteer, read our newsletter and worker stories. We want to make sure these resources and features are easy to find and use. What can we improve? What other content would you like to see? How can we make our website more useful to you and your organisation or community? Can you take this short survey and let us know? 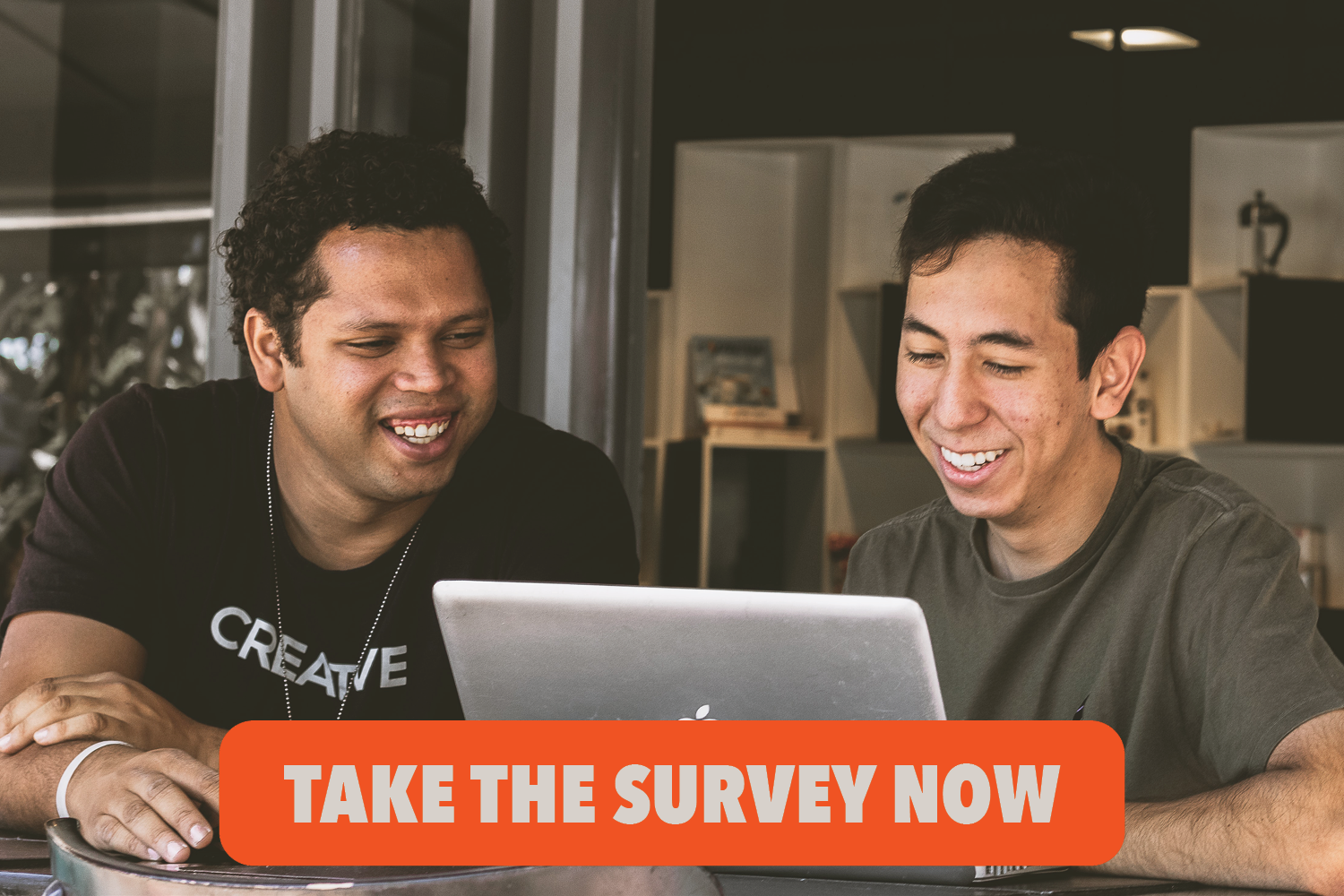 Anyone can take the survey - it doesn’t matter if you haven't looked at our website recently.

This is the fourth cohort of ambassadors since the program started. This year’s successful ambassadors were selected from dozens of applicants representing multicultural communities across Victoria. They will undertake a training program in the coming months covering workplace rights and health and safety before being supported to run community sessions in language.

As we’ve seen through the challenges of grappling with health messaging during COVID, building strong relationships and networks with community leaders is critical for ensuring all workers receive up to date information about health and safety.

New translated resources: Should I be on an ABN?

The Migrant Workers Centre has produced translated flyers about ABNs in the workplace. Employers paying workers as independent contractors instead of as employees to avoid meeting employer obligations is a common problem migrant workers encounter. Many workers find themselves working as employees - where their boss controls their hours and type of work they do - but without receiving penalty rates or sick leave and other rights. These flyers are created to help workers identify whether an ABN or Tax File Number is right for them, and what to do if they think they’re incorrectly working under an ABN. The flyers are available in English, Chinese, Spanish, Arabic, Nepali and Farsi. You can download them from our website here. 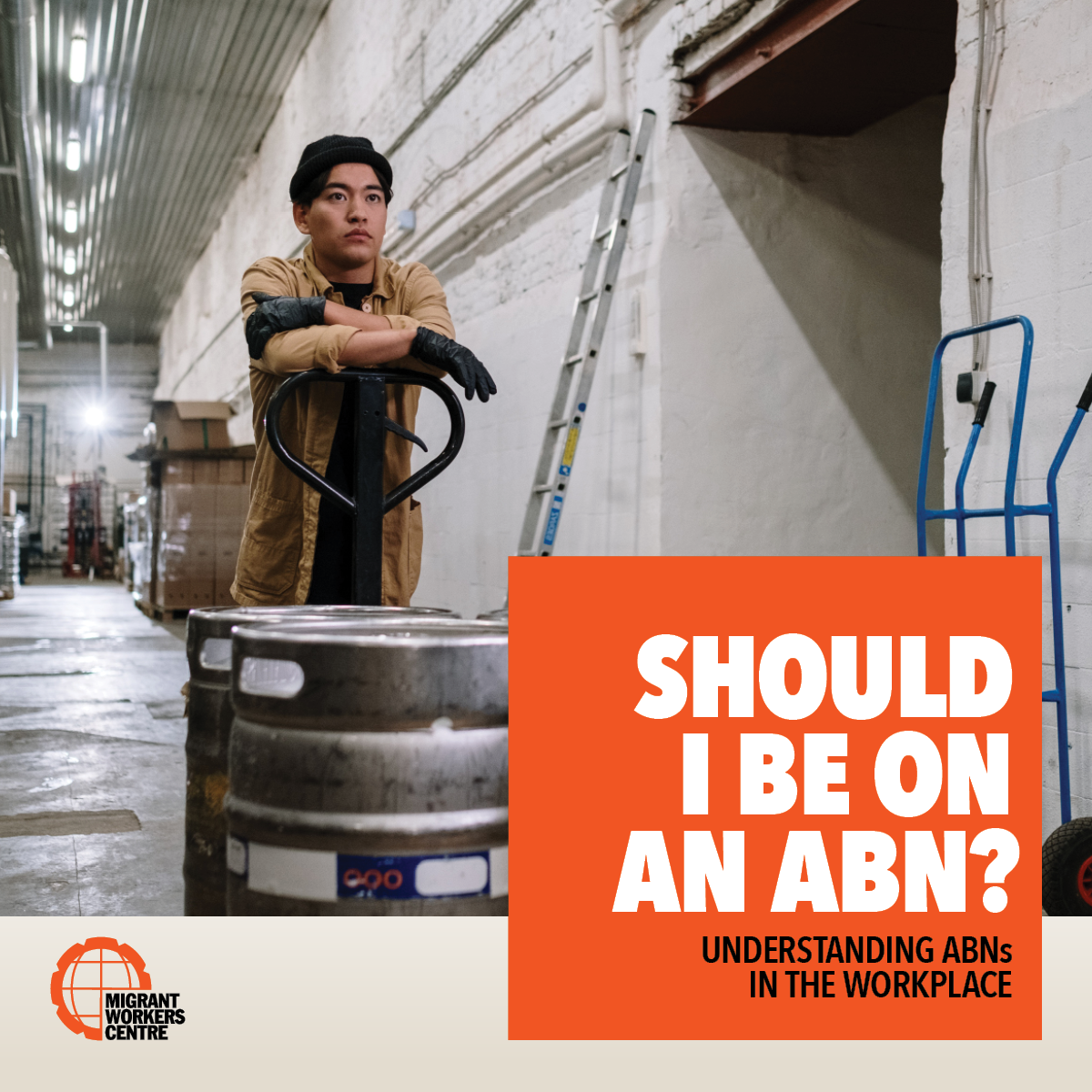 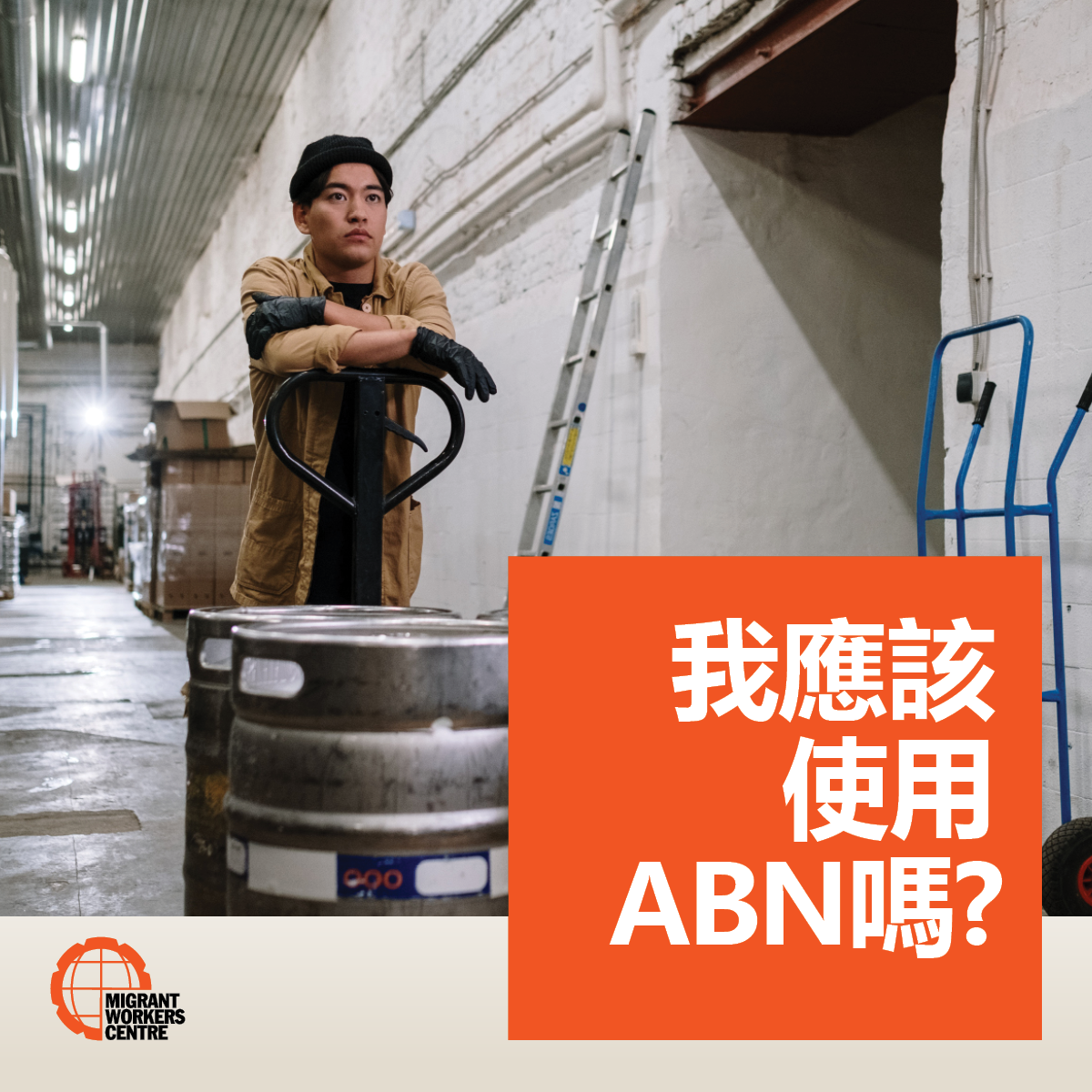 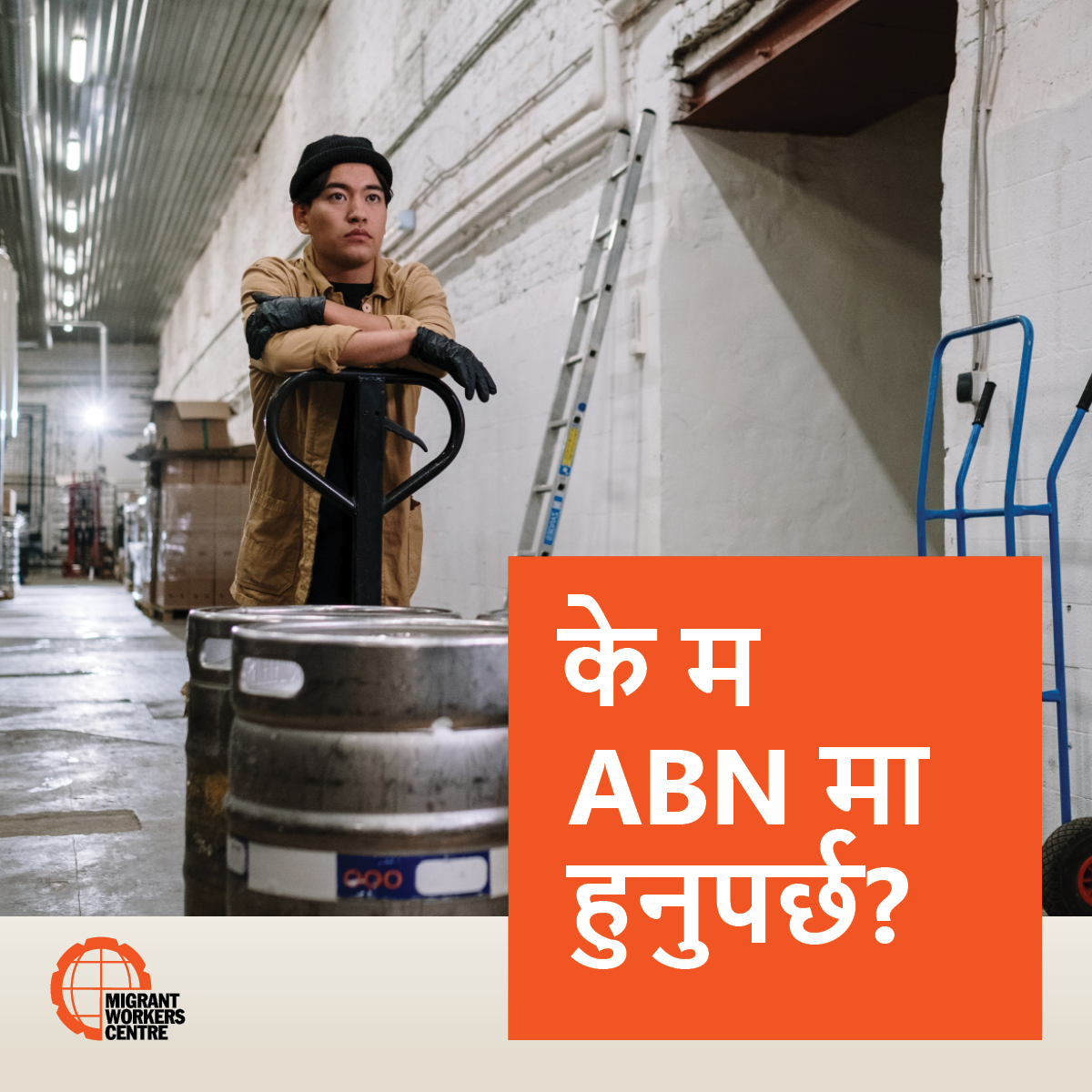 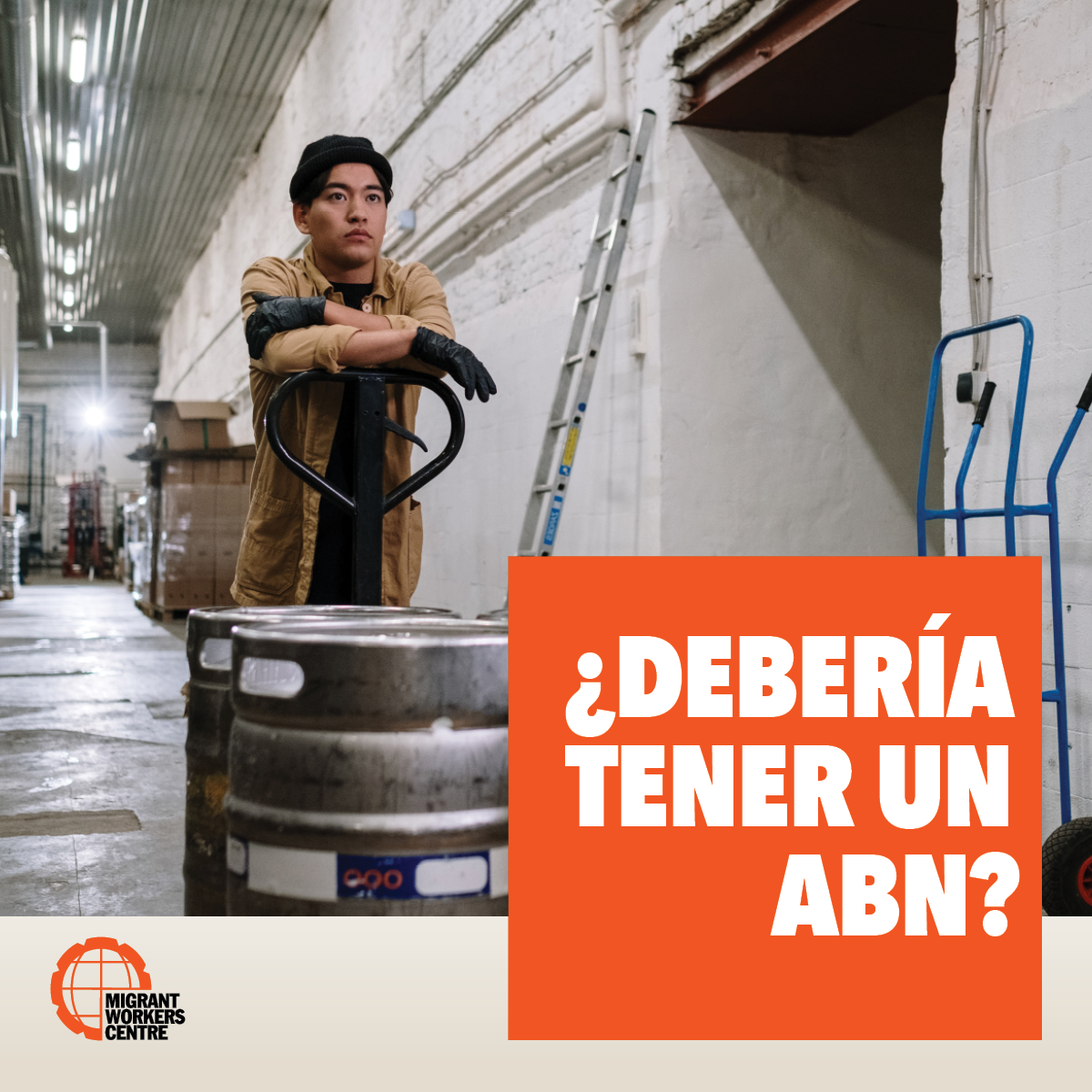 Kamran came to the Migrant Workers Centre for assistance with an injury in early 2021. He was suffering from the ongoing debilitating effects of a physical injury he had sustained a few years prior working at a car wreckers company in June 2017.

Kamran had come to Australia from Iran and was on a bridging visa. He found a job at a car wrecker in Melbourne where his duties included cleaning the office and loading and unloading containers of heavy car parts. The job was cash in hand and he didn’t have an employment contract.

Kamran describes how the injury occurred: “My colleague and I were told to load car parts in two containers.” Some parts were incredibly heavy, and he recalls he tried to speak up about it, “I told my boss we cannot carry on with the work as we were loading parts without involving any machinery, but I was told to continue to do it.”

“While loading parts in the container I felt pain in both legs but as we have been asked to continue to load, we kept going till 5:00pm.”

As a result of the heavy lifting without proper equipment, Kamran suffered injury to his legs which caused him ongoing pain. He saw a doctor at the time and had an injury report, but he didn’t seek compensation or apply for WorkCover because he didn’t know how. Being on a bridging visa, he was also afraid, “I was scared it will affect my visa and I did not know my rights.”

Over the subsequent years, Kamran experienced ongoing debilitating pain which increasingly affected his ability to work as time went on until he was unable to do any more physical labour. The injury also took a mental toll on him, “I am going through a lot as I cannot work anywhere due to my injury, I have a mother to support back home.”

It was around this time that he came to the Migrant Workers Centre for assistance. We offered Kamran advice through a volunteer translator and provided information about workplace OH&S rights, and explained the process for applying for WorkCover.

Unfortunately, we discovered Kamran had been working cash in hand with no proof of employment. To complicate matters further, the employer subsequently denied Kamran was ever employed by them, making the WorkCover claim incredibly difficult to pursue.

We referred the matter to Union Assist who helped the Kamran apply for conciliation with the employer. Unfortunately, as the employer wasn’t willing to cooperate, the conciliation wasn’t successful. However, Kamran wasn’t ready to give up without a fight. With support from Union Assist and a community legal centre, he has now initiated legal proceedings in the Magistrates Court.

Kamran’s case is a stark example of how formal avenues of compensation can be inaccessible to migrant workers where issues such as access to information about workplace rights, cash in hand payments, fear of a prohibitive visa system and language barriers can compound to create extreme circumstances of injustice.

As Victoria eases out of lockdown, getting vaccinated against COVID-19 is the best way to protect yourself, your family, workmates and community. Victorian Trades Hall Council has launched a new online campaign encouraging workers and union members to get the vaccine. Like wearing PPE at work, vaccination is another critical way to protect ourselves and each other. 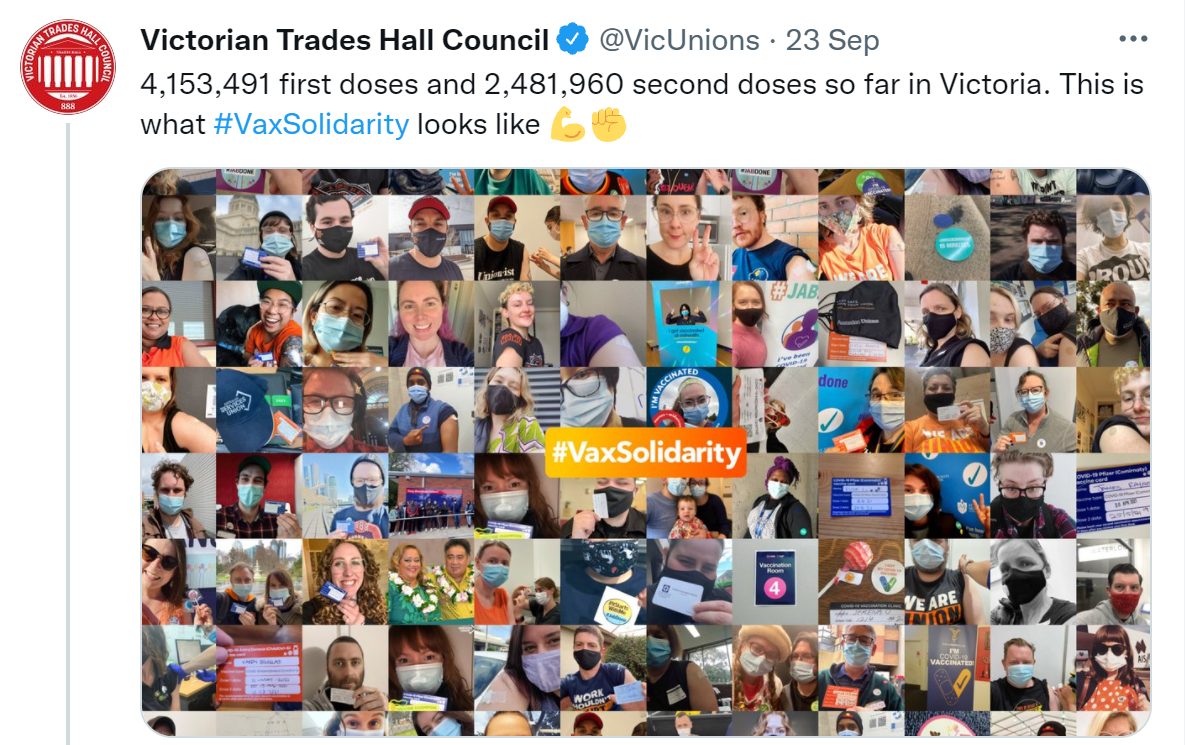 Join the campaign and encourage others to get the vaccine by posting your vaccination selfie on Twitter with the hashtag #VaxSolidarity.

Victorian Trades Hall Council is also seeking feedback from workers about their attitudes to vaccination. You can have your say here.

If you’re looking for a vaccine appointment -  Cohealth is running a number of vaccination clinics including a walk in clinic at Melbourne Town Hall which is accessible to international students, people from refugee and asylum seeker backgrounds, and anyone without a Medicare or ID card. Find more information about Cohealth’s vaccination clinics here.

North Western Melbourne Primary Health has also created a series of videos in various languages encouraging vaccinations. They’re free to share online or with your community. You can check them out here. 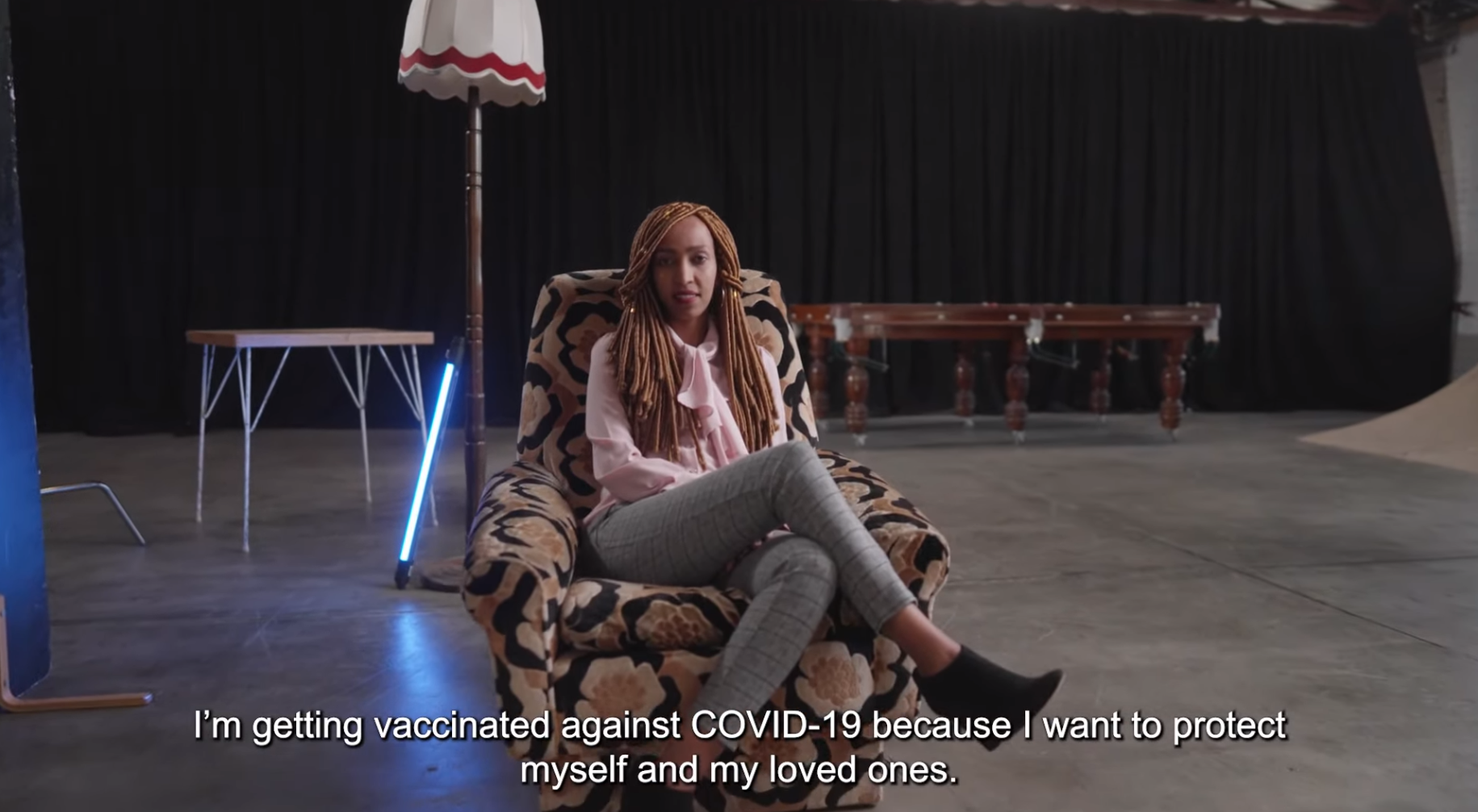