Fabrizio Venturini, one of our Multicultural Safety Ambassadors, talks about the challenges facing a new generation of international students and his experience unionising against wage theft.

When we think of migrant workers and temporary visa holders in Australia today, Italian migrants usually aren't the first to come to mind. But Fabrizio Venturini - a hospitality worker, Hospo Voice union member and help-desk volunteer for Nomit, the Italian Network of Melbourne - says there’s a new wave of Italian migrants coming to Australia as international students. Without support, this demographic is vulnerable to exploitation and risk falling through the cracks.

Fabrizio came to Australia in 2014 with his partner who was an international student, and understands the challenges. For himself, it meant his studies and work experience weren't immediately recognised. He says, “Back in Italy I worked as a journalist … but when I came here it was really hard for me to have all my studies recognised so I had to start from scratch, I had to start from hospitality which is one of the most exploited industries here.” 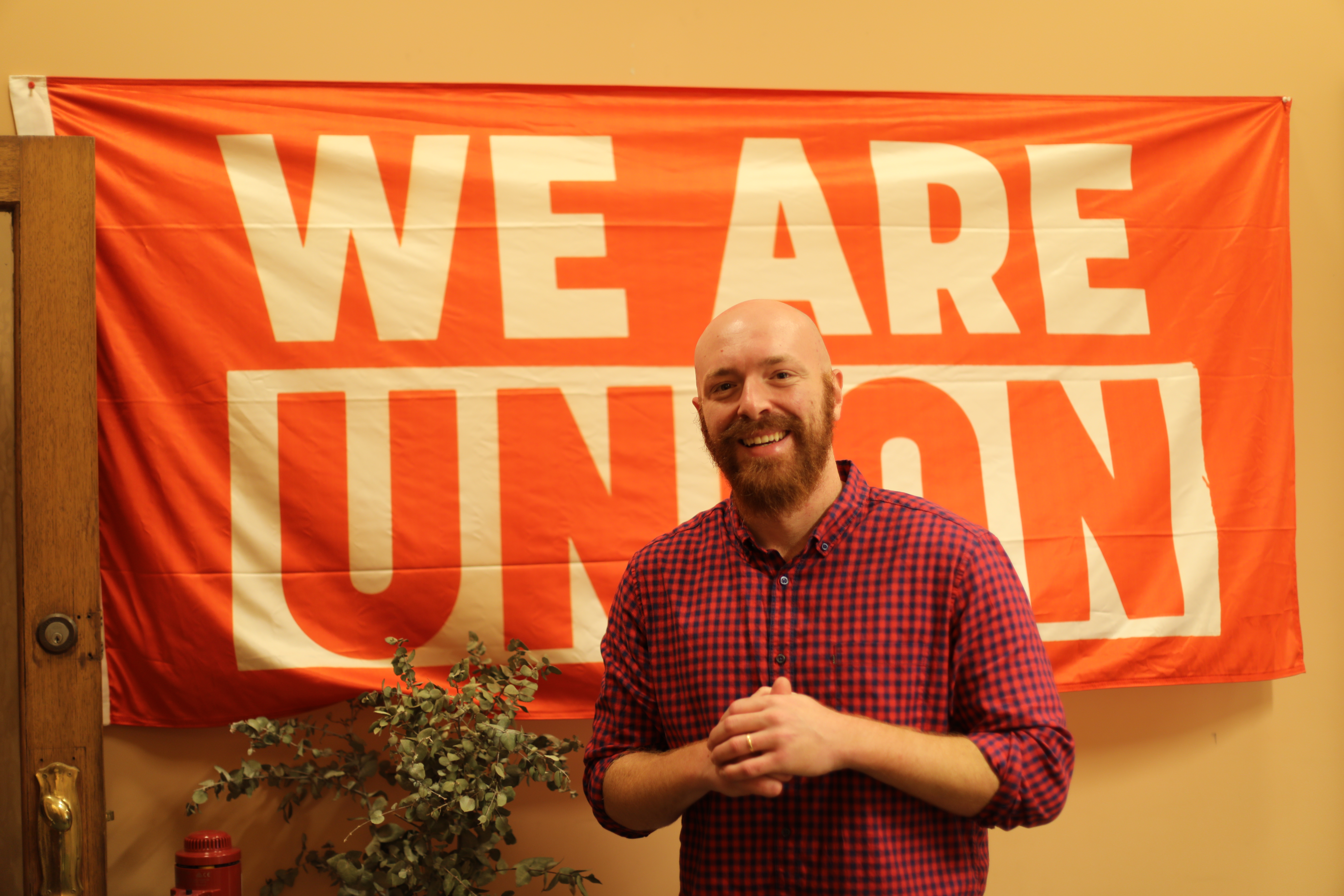 Working in hospitality in Melbourne, Fabrizio discovered how big of a problem wage theft was - especially for migrant workers. But having been involved with the labour movement in Italy, he knew there was power in collective action. “Here you don’t have an easy way to be heard except to go through the union."

At the time, there wasn’t a dedicated union for hospitality workers. But then in 2018, Hospo Voice was founded as part of what is now the United Workers Union. Fabrizio recalls, “When they did the call out there was just 300 people – I was one of the small group of people that launched the union.” His experience highlights how organising migrants and international students is fundamental for unions in stamping out wage theft.

In addition to wage theft, Fabrizio says the challenges this current generation of Italian migrants is facing is different to the past.

“The Italian community is pretty diverse. We got the [migrants] from the fifties who arrived after the second world war and the ones who arrived today.”

For those in the fifties, there was the trauma of escaping war, and education and language barriers. But now, it’s the visa system which is the biggest issue. The limitations on international students' work hours and on their partners' work hours presents huge cost of living challenges.

Fabrizio explains, "For example ... if I want to come here for a degree, it takes 3 years, but it’s my second degree and I was already working back in my home country. ...You’re going to make me study full time and work part time…but what about my partner? What’s the reasoning behind that? And that’s a problem that affects not just the people coming here but Australia itself. Because if you make people struggle to survive they’re going to find a way…

"It means accepting sham contracts or underpayments... it’s going to damage the industry people are [working] in - not just for the migrants coming here but for Australians themselves. Everyone should stand up against this." 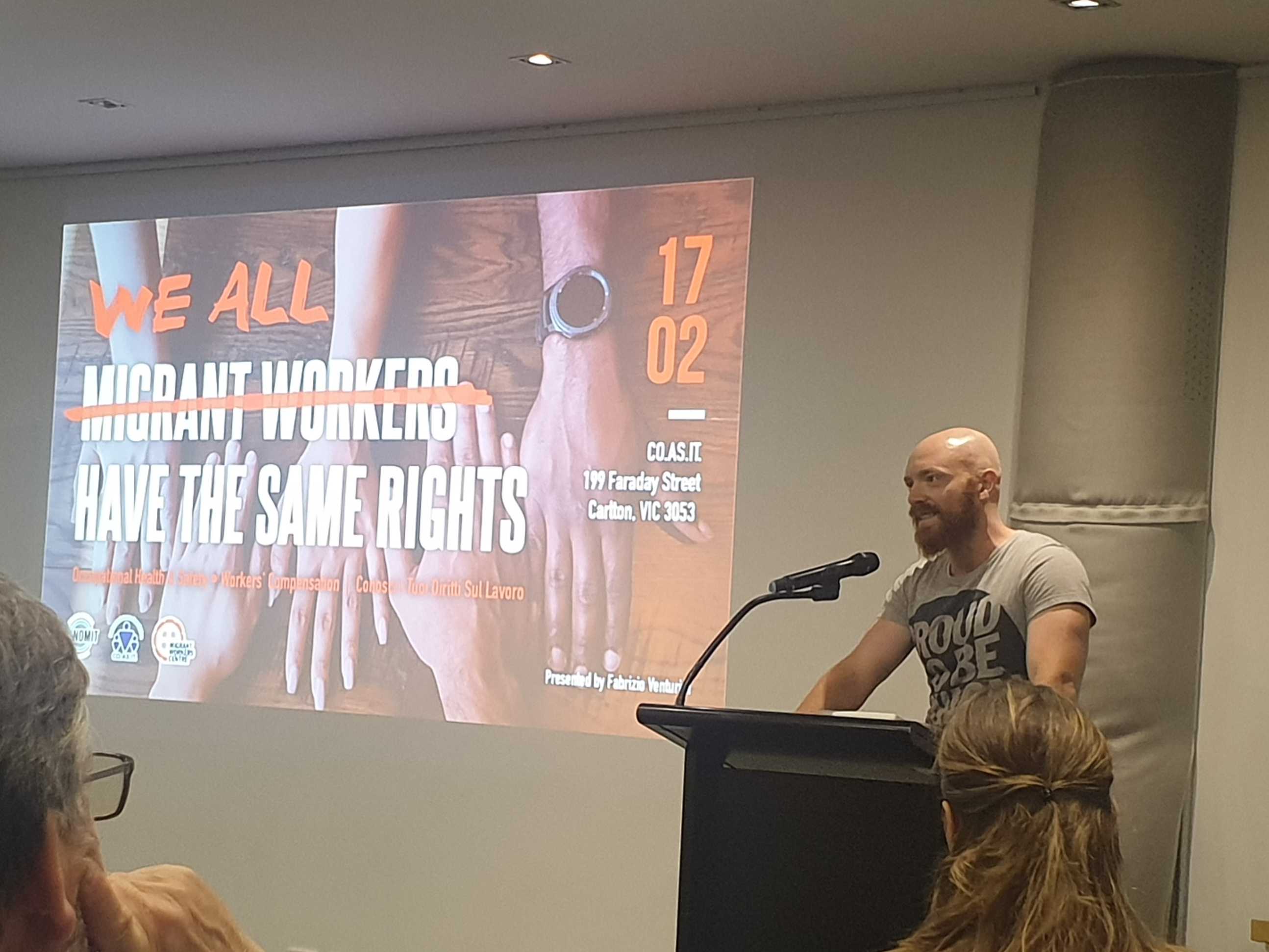 Moreover, for some international students, working in hospitality may seem like temporary work while they're studying and before they move into other jobs after graduation. But for Fabrizio, it's important to fight for your rights no matter where you work. Exploitation can happen anywhere, from cafes to construction sites to offices.