Welcome to the first edition of the Migrant Workers Centre newsletter for 2021. We’re pleased to start the year off with some good news about wins for migrant workers. Organisers at the Centre and our Multicultural Safety Ambassadors have also hit the ground running - read on to see what we’ve been up to!

2020 ended on a high for migrant worker Anil* who successfully clawed back $80,0000 in stolen wages.

Anil’s boss had been stealing his wages for four years. Anil worked at a supermarket chain regularly doing long twelve hour shifts, sometimes seven days a week. He was paid a flat rate with no overtime. His boss never gave him a contract with his hours and wages set out. Anil didn’t ask for this information when he started the job because he didn’t know he was entitled to it as an employee in Australia. His boss was also illegally forging his payslips, claiming he was only working 70 hours a fortnight when he worked 140-150 hours. To add to Anil’s struggles, he was a refugee on a temporary protection visa and had spent one and a half years locked up by the Government in detention upon arrival in Australia from Sri Lanka. For many people seeking asylum who’ve spent years in detention - it’s a sudden and desperate race to find employment in a new community upon being freed. Anil was caught in a system that was stacked against him from his visa to his employment conditions. But Anil fought back. 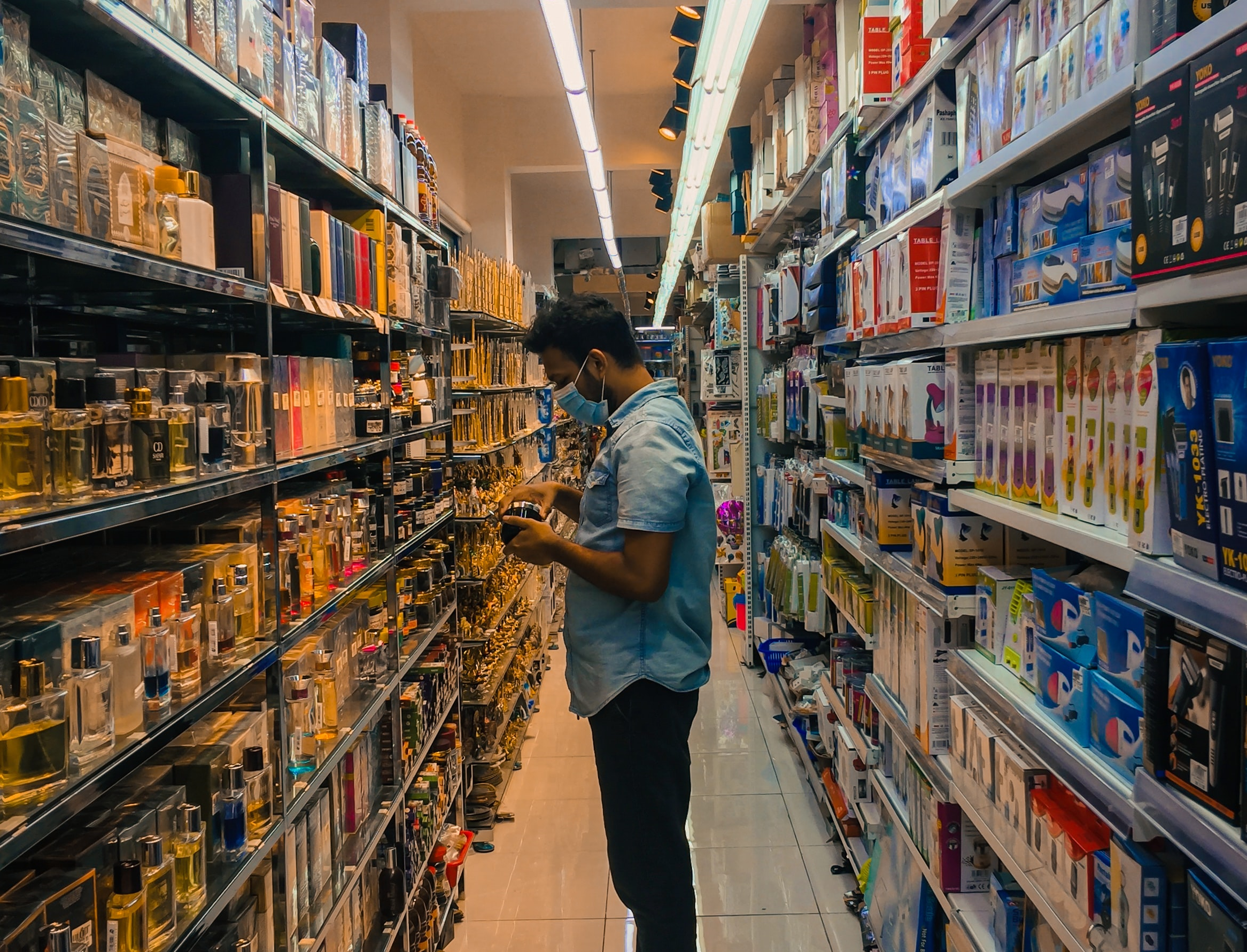 At first, Anil says, “I was very afraid of my boss. I don't want to confront him”. But he realised he could empower himself as a worker. He joined the United Workers Union and with his union and the Centre behind him, he stood up to his boss and demanded his wages back. At first his employer didn’t respond, and then rejected our claim - saying they had paid the full wages in cash.

Anil persisted. The employer came back and made an offer of $15,000. This was no small sum, but knowing it was a fraction of what he was owed, Anil still didn’t back down and continued to fight for what he was owed. The case culminated when Anil decided he would take his employer to court to fight for his stolen wages. His employer realised Anil wasn’t going to back down and a few weeks before the hearing, finally offered a settlement of $80,000,  $50,000 of which was paid right away and the rest in installments over six months. Reflecting on this experience, Anil says, “this case had gone for months. Once I even thought I would lose. But I am happy for this outcome. I got what I deserve.”

There can be a lot of barriers to migrant workers seeking justice through the legal system. Anil was fortunate because his whole claim dated back four years - two years under the six year cut off. Fear of visa repercussions, language barriers and lack of familiarity with the legal system are also common disincentives. While the Migrant Workers Centre helped bridge some of these gaps for Anil, at the end of the day it was his courage as a unionised worker standing up to his employer that led to this huge win. Anil’s advice to others in similar situations is, “Don’t be afraid to stand up your rights like I did. It is your money and you should have it. Fear doesn’t help you in any way.”

While Anil’s win shows justice can be won, there’s still a lot of work to do to stamp out the systemic exploitation of migrant workers. Four of Anil’s coworkers also came forwards with wage theft claims - three on temporary visas and one permanent resident. These workers are still owed wages but the employer has evaded paying back the stolen money by liquidating and starting a new business.

The Migrant Workers Centre is open for digital appointments 10am-3pm Monday to Friday. If you think you’re being underpaid, facing problems at work such as bullying, have been injured at work, or facing any other industrial issue - we can assist. Appointments are available in various languages. Click here to make an appointment online. 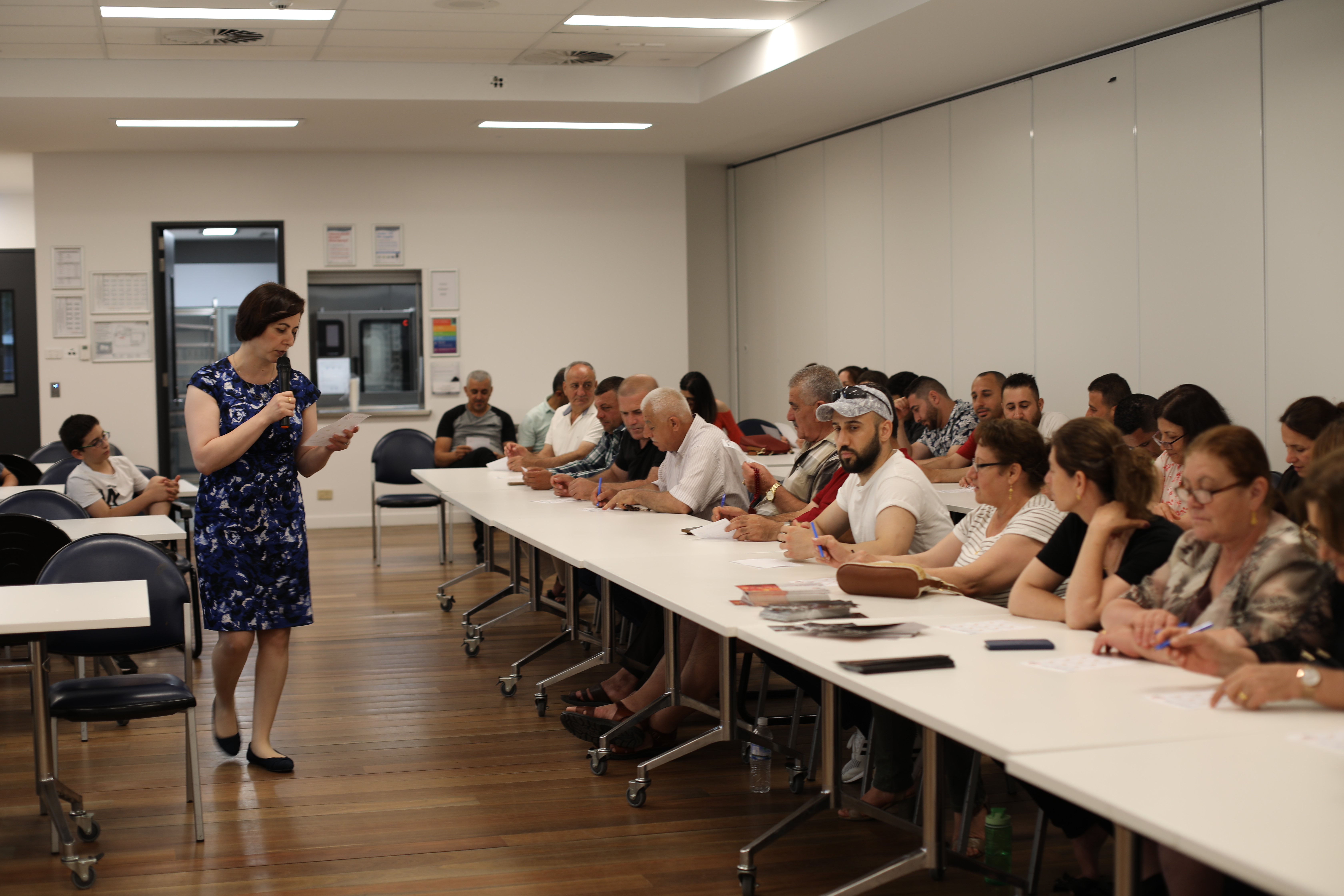 Last November, the Migrant Workers Centre held our conference The Pandemic, The Recession and Social Safety Nets. The conference brought together over a dozen speakers over 3 nights to discuss how migrant workers were impacted by COVID-19, look at how unions and community groups had organised to support each other, and what policy changes are needed to ensure migrant workers don’t fall through the cracks. Attendees to the conference were also invited to participate by reading through draft policy proposals, contributing to discussion and filling out a post-conference survey. The finalised report with our policy platforms will be published in the coming weeks. All conference registrants will be sent a copy of the report. If you didn’t register for the conference but want to receive the report the day it’s published - fill out this form.

Last year, we shared the story of a group of migrant Tamil workers at a major Melbourne recycling factory. Not only were the workers working under hazardous conditions but their employer was also stealing their wages - they were working twelve hour shifts overnight, seven days a week for a flat rate. The workers fought back by unionising and with their union, the Australian Workers Union, reclaimed their stolen wages and commenced EBA negotiations to transform their work conditions. In addition to their display of worker power, the case was referred to the Fair Work Ombudsman. The business, in addition to paying back the stolen wages last year, has now been hit with hefty fines of up to $63,000 per contravention and its owners face a fine of $12,600 per breach. This outcome sends a strong message to dodgy bosses; if you steal your employees’ wages, you WILL be held accountable. 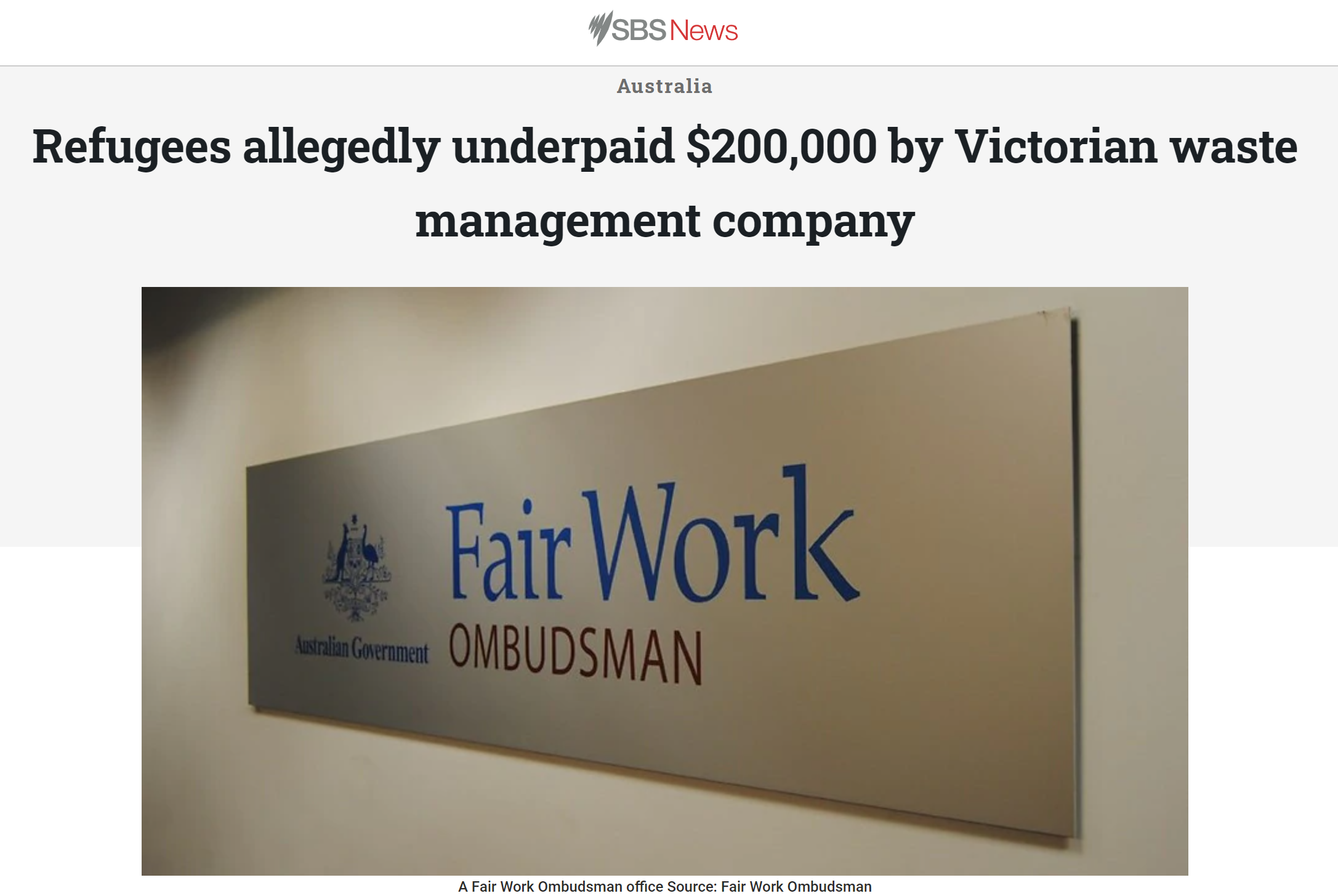 Last year, the Transport Workers Union and Trades Hall launched a campaign for gig workers’ rights. The campaign calls for gig workers to be legally recognised as employees rather than independent contractors and for companies like Uber to be held accountable for meeting the same workplace obligations as every other employer. Migrant workers are heavily represented in the gig economy as the work is often more accessible for those who face language or visa barriers from employers. The deaths of five migrant worker delivery riders within two months at the end of 2020 highlighted the urgency of the campaign.

Last year, Trades Hall ran consultation sessions with gig workers and made a submission to the Victorian Government for legislative changes to enforce stronger rights for workers in the gig industry. Facing increased scrutiny, Uber Eats has overhauled its business model in Australia. But in lieu of introducing better protections for their workers, they've made superficial changes such as allowing delivery riders to transfer their job to other riders to double down on the claim their riders are independent contractors. The changes will come into effect in March. Hungry Panda has similarly attempted to avoid employer obligations by directing their riders to work for other companies in order to claim their riders aren’t their employees, despite cutting pay and kicking a delivery driver off its platform for protesting the pay cut. These moves are shameful attempts by gig companies to evade meeting workers’ rights and we’ll continue to fight until every gig worker is treated fairly. If you’re a gig rider, you can join the TWU here.

Fundraiser for refugees at the Park Hotel

Over the summer, the campaign for the release of the men detained in the Mantra Hotel and then the Park Hotel reached a breaking point. The men, who had all come to Australia seeking asylum, had spent seven years in offshore detention before being transferred to the Mantra hotel in Preston under the Medevac bill. A coalition of community groups and organisations led daily protests and ran a campaign culminating in the majority of the men finally being freed. However, thirteen of the men still remain locked up. A fundraiser has been organised to support the men who have been freed on six month bridging visas - you can donate to the fundraiser here. The Migrant Workers Centre joins the calls for the men and all those on Bridging Visas to be given permanent visas in Australia. You can follow the campaign here: instagram.com/standtogetherforjustice