The May edition of the Migrant Workers Centre includes updates about:

The Federal government has announced a new Temporary COVID Disaster Payment. The payment of up to $500 a week is open to those who are unable to work during COVID lockdowns. While there are certain eligibility requirements - the payment is available to workers who hold temporary visas with work rights. While there is a long way to go before migrant workers win equal treatment from the Morrison government, this decision to open up this payment to all workers is a first from Scott Morrison who’s been facing extended campaigning and pressure from workers in unions and civil society groups after locking out migrant workers from JobKeeper and JobSeeker last year.

You can find out more about accessing the payment here.

If you’re isolating as a close contact of someone who’s tested positive or while awaiting COVID test results, you should apply for the Pandemic Leave Disaster Payment instead.

Since the launch of our visa reform petition last month, well over 2000 people have signed on to the campaign. At the last Migrant Worker Solidarity Network (MWSN) meeting, we brainstormed ideas and plotted the next steps. In the coming weeks, MWSN activists will be showing MPs the faces and stories behind the numbers by writing letters to target MPs and Senators about why visa reform is so important to each of us and our communities. Activists in the network have also committed to hosting writing parties to increase our impact. Alongside the letter writing, we’re also setting up meetings with MPs involved in the current inquiries into migration to make our case.

If you’d like to get involved with this next stage of the campaign - click here to sign up for letter writing, hosting a letter writing party, or an MP visit - and an organiser will be in touch.

We’re continuing to hear from migrant workers who’ve been hit with JobKeeper repayment orders from the ATO. Nearly 20 workers now have come forward requesting assistance with disputing JobKeeper repayments. For some workers, this avenue of support comes too late as they’ve already paid back the money owed for fear of visa repercussions. But others have been able to successfully contest their repayments after seeking advice and information from us about ATO dispute processes.

The trend continues where many of the workers had contacted the ATO and were advised to put in an application. One worker said that he had also called the ATO after receiving the repayment letter and was told he could dispute it, but wasn’t given any information or support about how to do this. While he knew it was unfair, as a new migrant to Australia, he didn’t know what else to do. Since coming to the Migrant Workers Centre for advice, he’s paused the repayments and now, equipped with information and translation assistance, he’s initiated the objection process. The distress for the workers affected has been high, but in all the cases we’ve assisted with so far, the payments have been retracted after the worker objected. These cases reveal how important it is to ensure migrant workers are empowered to navigate employment and tax systems, and not unfairly penalised.

If you have been asked to repay JobKeeper money, fill out this form and we will be in touch. 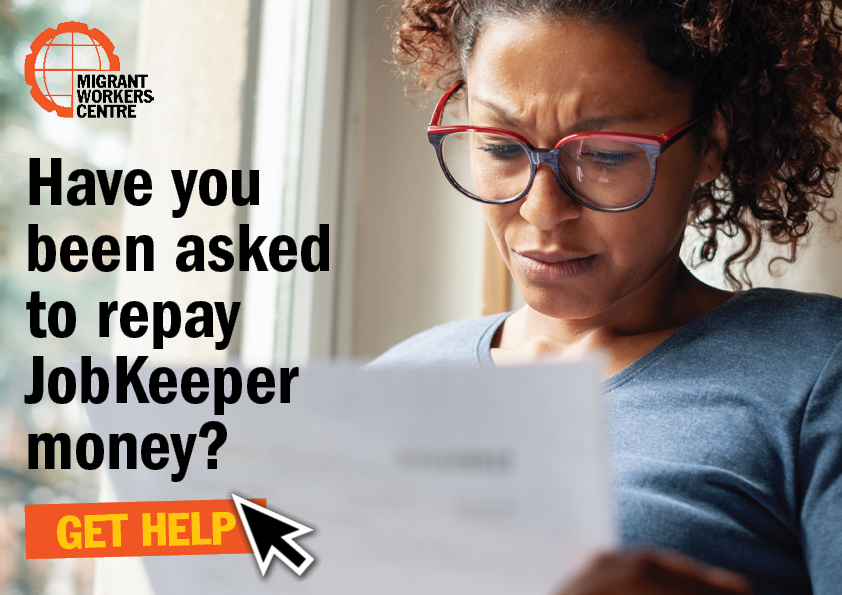 Despite the unexpected COVID-19 circuit breaker lockdown, it’s been business as usual for our Know Your Rights program. We started off the month strong with a session at the Preston and Reservoir Adult Education Centre, and held a session alongside an Eid breakfast at the end of Ramadan. With the most recent COVID outbreak, we moved to online sessions, running one with the Migrant Information Centre in East Melbourne and as part of a seminar for a mental health support group for LGBTQIA+ refugees and people seeking asylum.

If you'd like to book a Know Your Rights session for your organisation, fill out this form and we will be in touch.

Jasmine moved to Australia in 2014 on a partner sponsored visa. She got a warehouse job for retail giant Riot Art and Craft, where she worked full time on a permanent contract for nearly 6 years. In May, Jasmine came to us for advice: she has been fighting tirelessly for $19,000 in unpaid wages since her employer liquidated the business in October last year. But because the Fair Entitlements Guarantee discriminates against workers on temporary visas, it’s unlikely she’ll see a cent of the unpaid wages she’s owed.

Last October, her employer Riot Art and Craft unexpectedly went into administration. Thousands of workers across the country lost their jobs overnight, sacked via text message without warning. Jasmine recalls, “They messaged us at 9pm, there was no warning [...] we were so scared and upset [...] they don’t care about us, they cared only about the money.” Jasmine was left $19,000 out of pocket in unpaid wages. Since then, she’s been fighting an uphill battle with not only the liquidators but also the Government’s Fair Entitlements Guarantee, which discriminates on the basis of visa status. 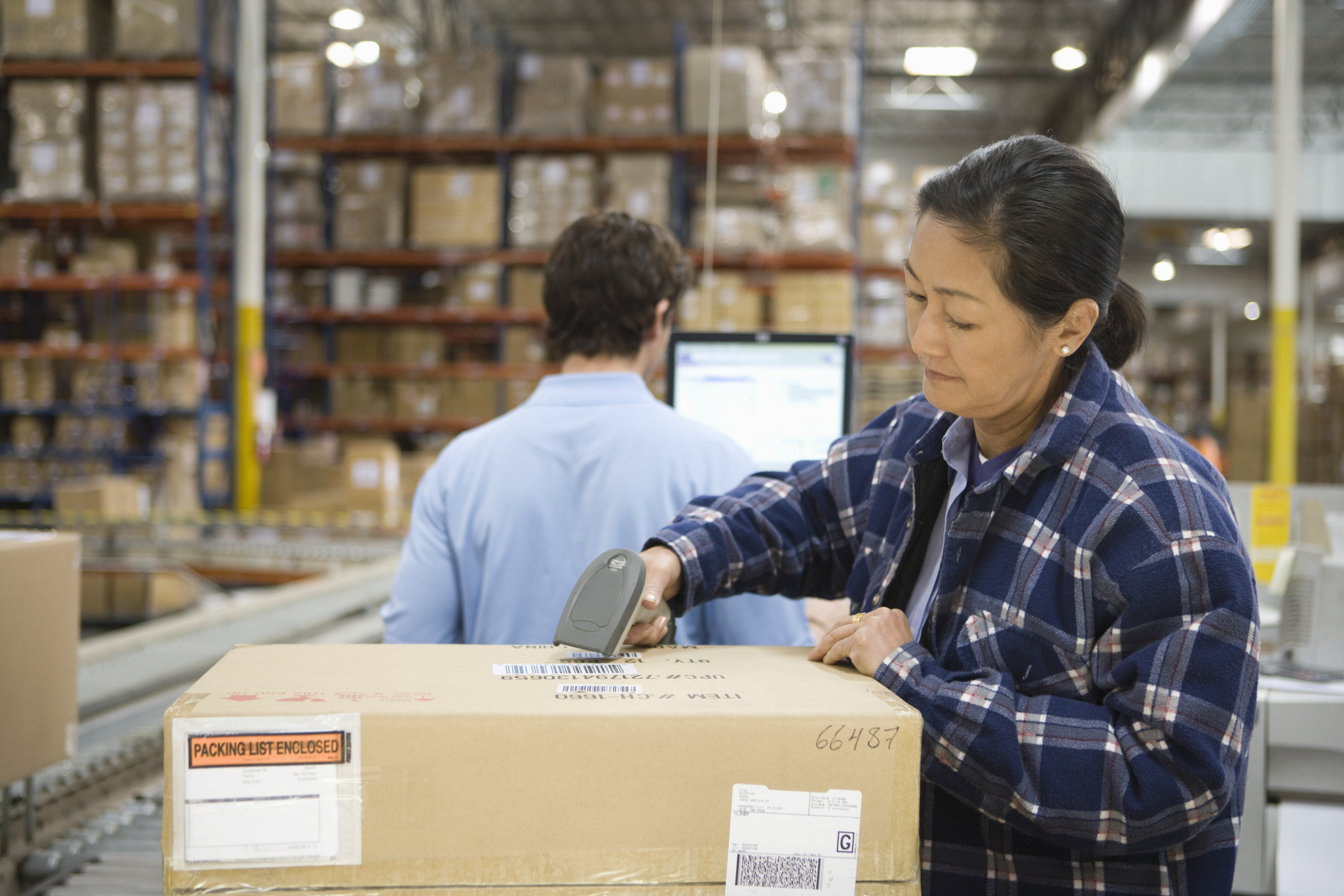 Despite over five years of permanent full time employment at the Riot warehouse under her belt - Jasmine’s employer extended no support or empathy. The only communication she’s received apart from the text message is curt letters from the liquidator stating it was unlikely she would recover her unpaid wages.

There’s a back up safety net for many workers in situations like this: the Fair Entitlements Guarantee (FEG). The FEG a Federal Government scheme of last resort that provides financial assistance for unpaid employee entitlements in insolvency. However, it only covers workers who are Australian citizens. This gaping hole in the safety net means every year, countless workers in Australia lose wages because they happen to be a temporary visa holder when their employer liquidates the business - it doesn't matter how long they’ve worked for the employer or how many years they’ve lived in Australia.

“I’m strong enough to fight” says Jasmine, but the gap in FEG is a loophole to legalized wage theft. All her attempts to contact her employer and the liquidator lead back to the FEG. At the end of the day, it doesn’t matter how determined migrant workers like Jasmine are if the legislation doesn’t meet our needs.

It’s a glaring example of how the Government uses visa status to discriminate between workers doing the same job. The limitations to the FEG pushes migrant workers down as disposable second class citizens. It shouldn’t be up to workers like Jasmine to fight uphill battles against big business owners. The Federal Government needs to expand the Fair Entitlements Guarantee to ensure all workers in Australia have a safety net to fall back on.

In the media: ‘No rights, all the dangers: Lack of support for migrant workers counterproductive’

Multicultural Safety Ambassador Shankar Kasynathan penned an op-ed in the Age last month about the challenges temporary visa holders face in the workplace. 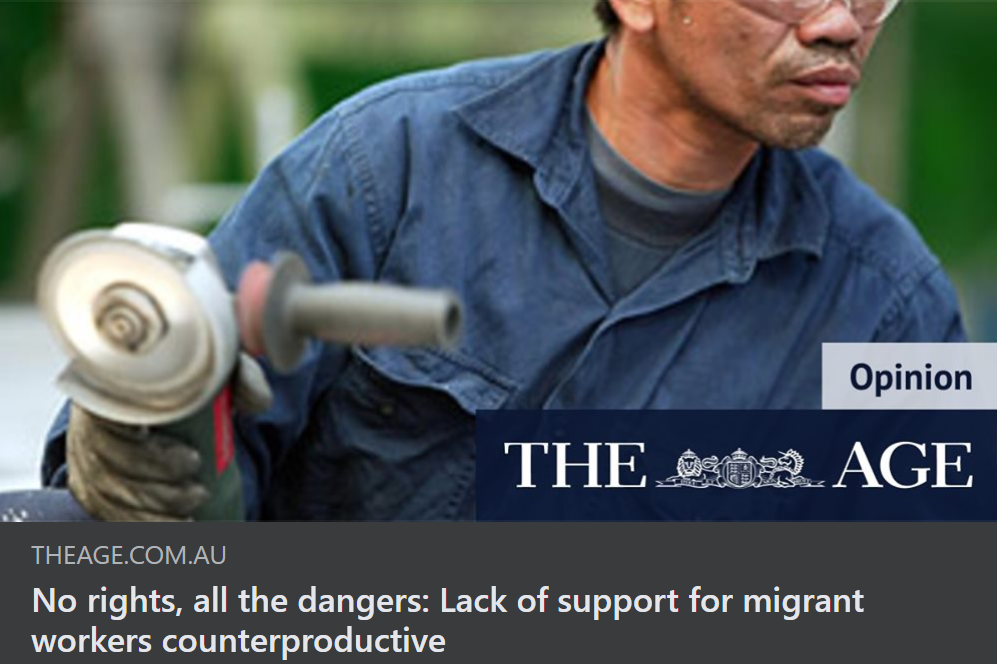 Mohammed made the difficult decision to come to Australia seeking refuge. He didn’t know that decision would prevent him from reuniting with the ones he loves. The 30-something year old is now a father of two, who works as a patient support worker in the local hospital. During his time at work, Mohammed has seen what he describes as a dangerously indifferent attitude towards migrant workers on temporary visas.

Last month, the Victorian Government announced new regulations around psycho-social hazards and workers’ mental health. WorkCover psychological injury claims have grown in recent years. This announcement is a milestone for workers and their unions who for years have been campaigning for strengthened protections against psychological hazards and injury. The ongoing effects of mental injuries can be ongoing and debilitating for workers and their families. These changes mean psychological injuries at work will now be considered on the same level as physical injuries.

Is Your Workplace COVID Safe?

The OH&S team at Trades Hall has launched a new COVID Safe Workplaces website. The website features up to date resources about current workplace COVID safety protocols, a COVID safe workplace checklist, and an online form if you’d like to seek advice if you think you're workplace isn’t complying with COVID safety regulations. Advice and support is accessible in a number of languages: English, Chinese, Korean, Arabic, Spanish, Punjabi and Nepali. Check out the website here. 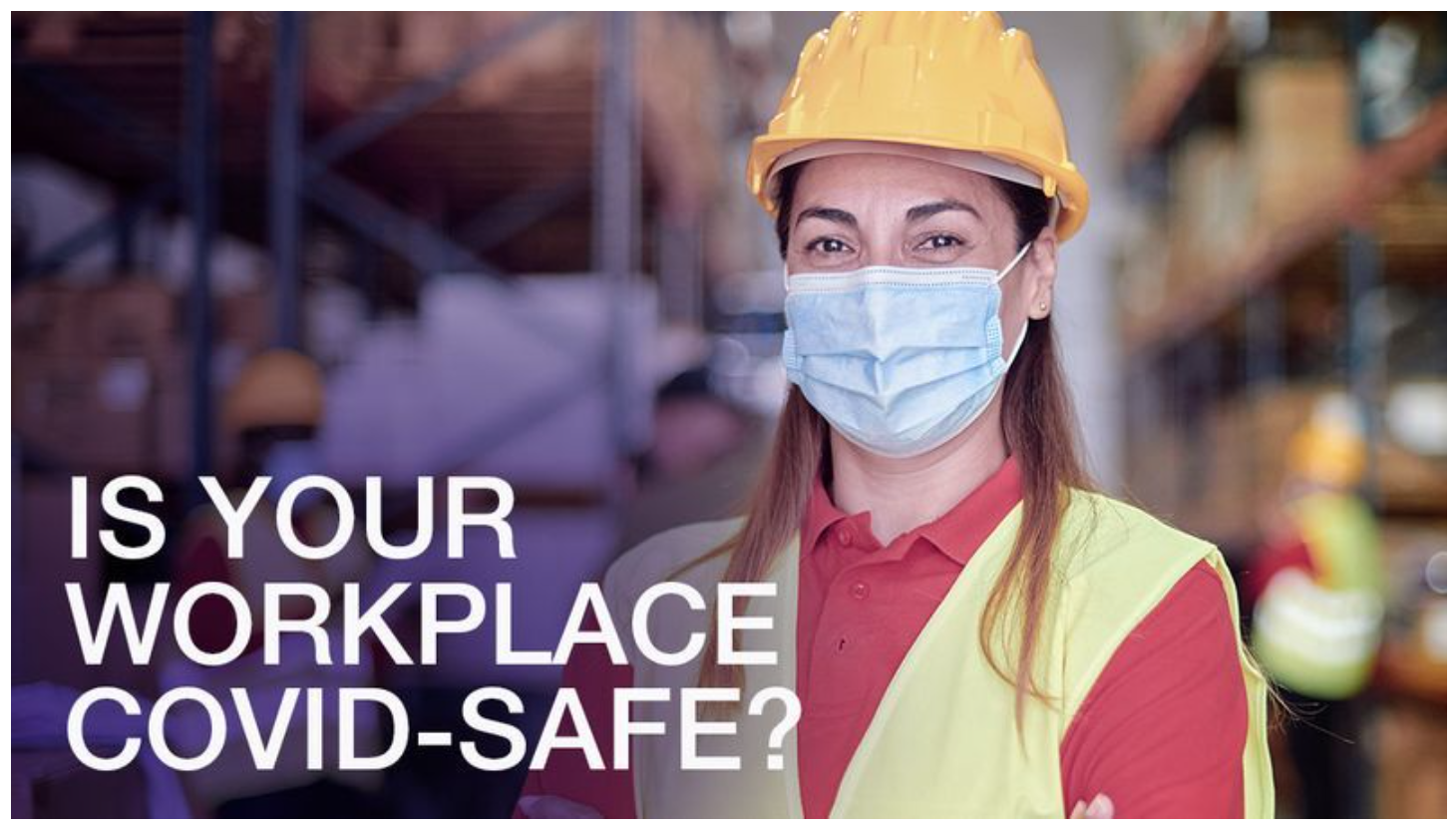 The Morrison government has dealt yet another blow to migrant workers. In the Federal Budget, the Morrison Government announced an extension to the wait period for new migrants to access some support payments including Family Tax benefits (A and B), Carer’s payments and Paid Parental leave. New migrants who would have previously been immediately eligible for these payments or after 2 years, will now have to wait 4 years. The extension of these wait times create further barriers for migrant workers and their families trying to get a foothold in Australia. Meanwhile, as they cut back our safety nets, the Morrison Government has allocated an additional $464,7 million to expanding Australia’s cruel and inhumane immigration detention centres.

The ACTU has launched a campaign fighting against the 4 year wait time. Click here to sign the petition.