Welcome to the end of year newsletter for 2022. We’ve had a busy final quarter, and this final edition includes the updates about:

The Migrant Workers Centre will be closed for the holiday period from Friday 23 December until Monday 9 January. If you need urgent assistance during this time, such as with an unfair dismissal, you can contact JobWatch on (03) 9662 1933 for assistance.

A new cohort of 10 Safety Ambassadors have graduated the Bi-cultural Work Rights Ambassadors Program. This is the fifth iteration of the program – formerly known as the Multicultural Safety Ambassadors' Program – which trains and empowers community leaders to delivery sessions about workplace rights and health and safety to their community members.

Altogether, this cohort of Ambassadors speak 19 languages - Dari, French, Hazaragi, Pashto, Karen, Thai, Spanish, Tagalog, Fijian, Fiji Hindi, Punjabi, Hindi, Sinhala, Tamil, Urdu, Burmese, Tedim Chin, Zo Chin, and Portuguese. They undertook training over a week in person and via Zoom, and in the new year they will be supported to deliver information sessions in language.

Welcome and congratulations to the new Ambassadors! 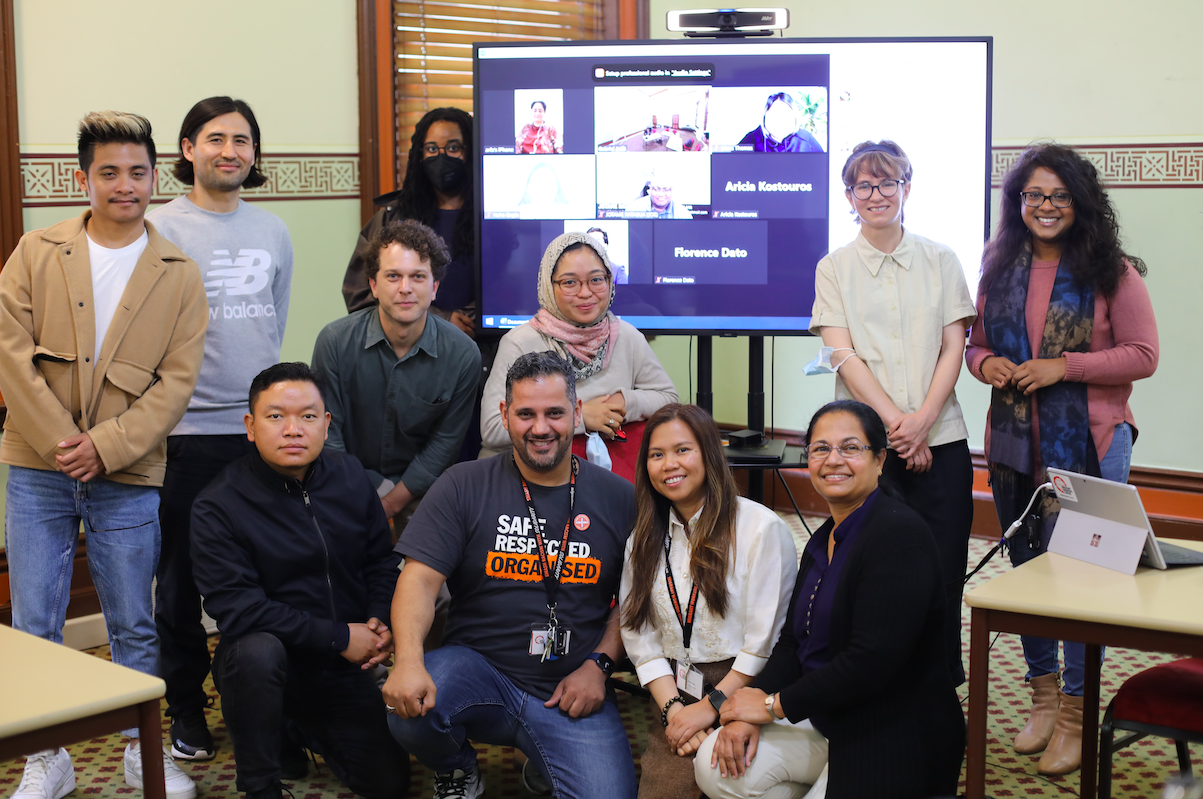 Waiting to be Seen

In September, we launched a new report, Waiting to be Seen: Problems of Australia’s Visa Processing Delays. The report drew further findings from our annual survey last year to reveal the cracks in Australia’s migration system. 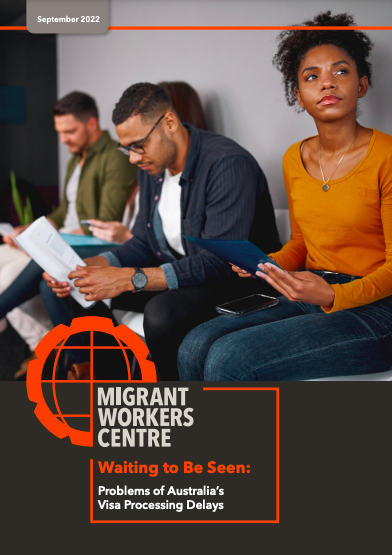 Key findings in Waiting to Be Seen show:

The publication of this report came alongside a grassroots campaign led by 887 visa applicants who have been suffering under extensive visa wait times.

The 887 regional visa is one of the few permanent visas, and migrant workers become eligible after living and working in designated areas in regional Australia for several years. However, in recent years, the wait times for this visa have exploded, leaving 887 visa applicants living in limbo with wait times of over 2 years. This not only prolongs uncertainty for many migrants who’ve dedicated years of their lives to their communities, but also affects access to childcare, education, housing and support services.

In September, the MWC supported 887 visa applicants around Australia to hold rallies drawing attention to this issue. We held phonebanks to turn out people to protests in Melbourne, Adelaide, Hobart and Brisbane, and supported 887 applicants to amplify their voices in the media.

We welcome the Federal Government’s recent commitment to clearing the visa backlog and join calls for a migration system centred around permanent visas. 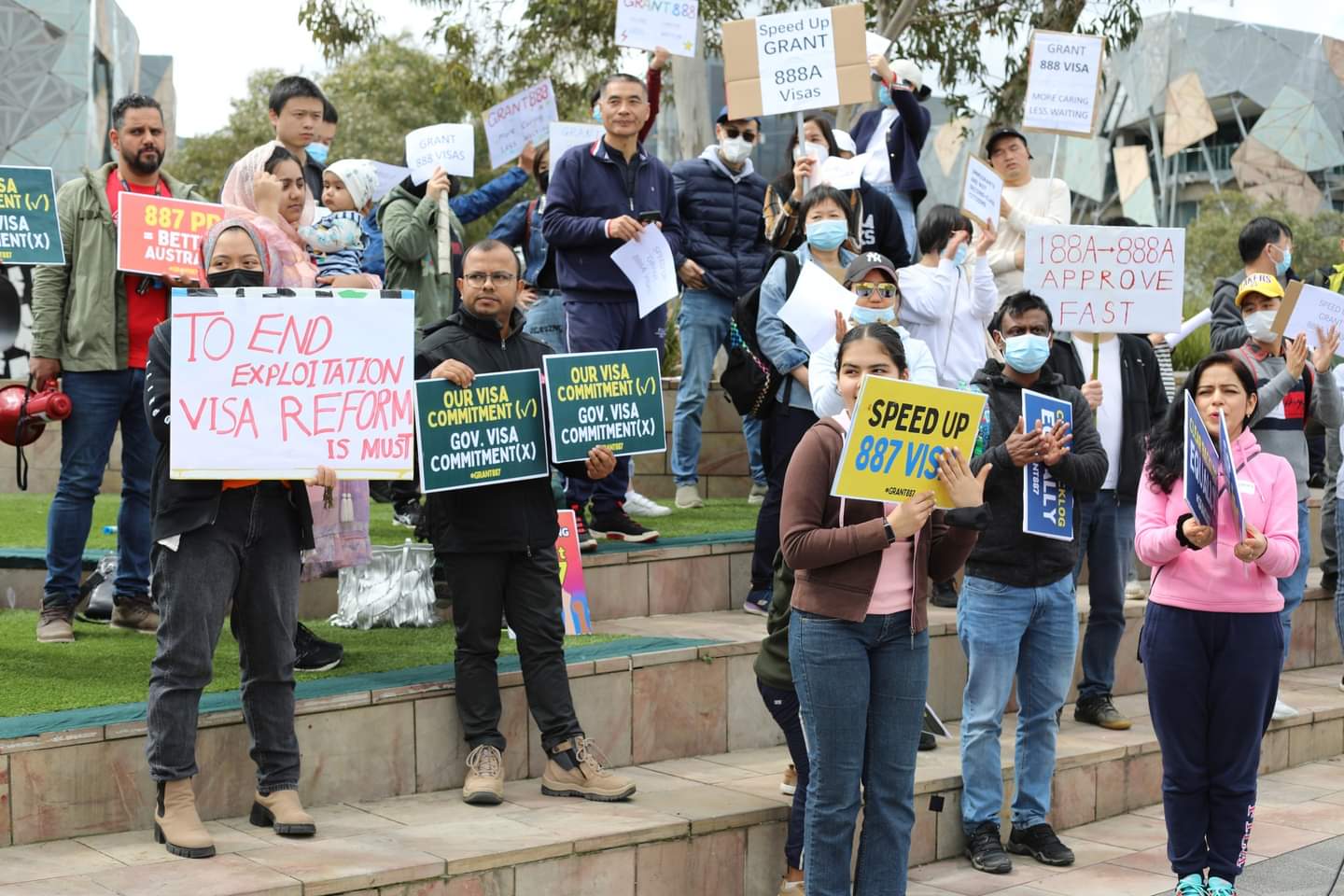 887 visa applicants at the Melbourne rally

The MWC has made two submissions to the Department of Home Affairs' Comprehensive Review of Australia’s Migration System. The aim of this review is to establish the core principles on which Australia’s migration system will rest, guide future reform, and will focus on enhancing Australia’s productivity.

The MWC has long advocated for a human centred migration system that prioritises the dignity of migrant workers. The scope of this review is limited by its economic focus. However, we have taken this opportunity to reiterate and elaborate on our policy recommendations for a fairer, permanent visa system for all including people seeking asylum, those in detention and with irregular visa status.

The first submission is made jointly with several partner organisations – HRLC, GetUp, Democracy in Colour, ASRC, Liberty Victoria and Amnesty International – and offers solutions to the ‘permanent temporariness’ of Australia’s current visa system. The second submission made in partnership with HRLC takes a focused look at Australia’s international education and employer sponsored skilled migration programs and offers solutions for a fairer visa system.

The key recommendations in our submissions include:

A report of the review’s findings is expected to be released by the end of February.

Alongside these submissions, the MWC has also collaborated with The Federation of Ethnic Community Councils and other community organisations to endorse a set of principles underpinning a fair and inclusive migration system. You can read more about the principles here.

The Migrant Worker Solidarity Network celebrated the end of the year with the Solidarity Cup – a day of soccer open to migrants and allies of all nationalities, ages, genders and abilities.

Congratulations to the members of the Migrant Worker Solidarity Network who led this event, and our friends at the Renters and Housing Union who helped make it happen.

It was fantastic to see members of the Solidarity Network, the MWC team, and the wider community come together. Check out the event highlights below: 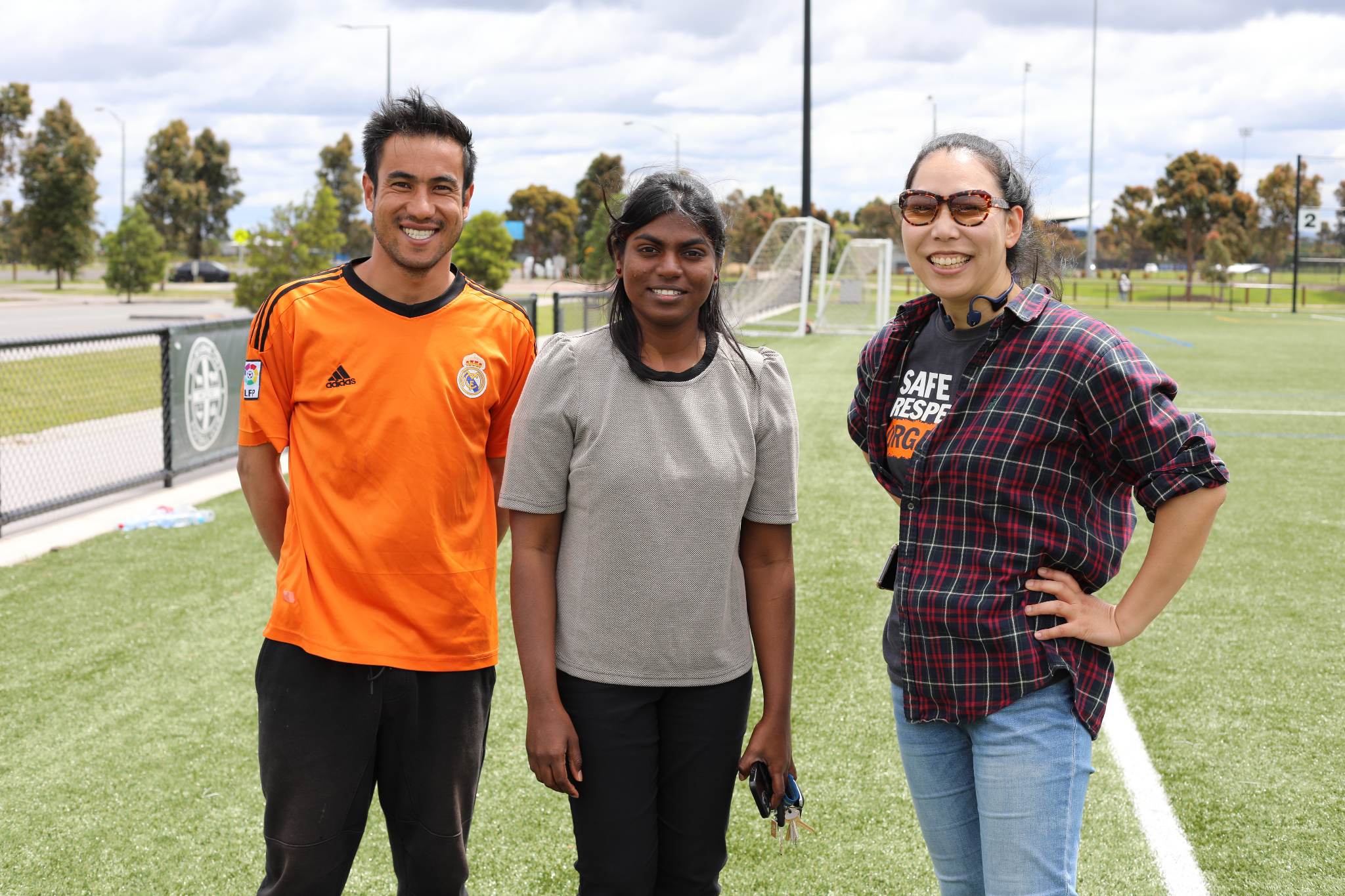 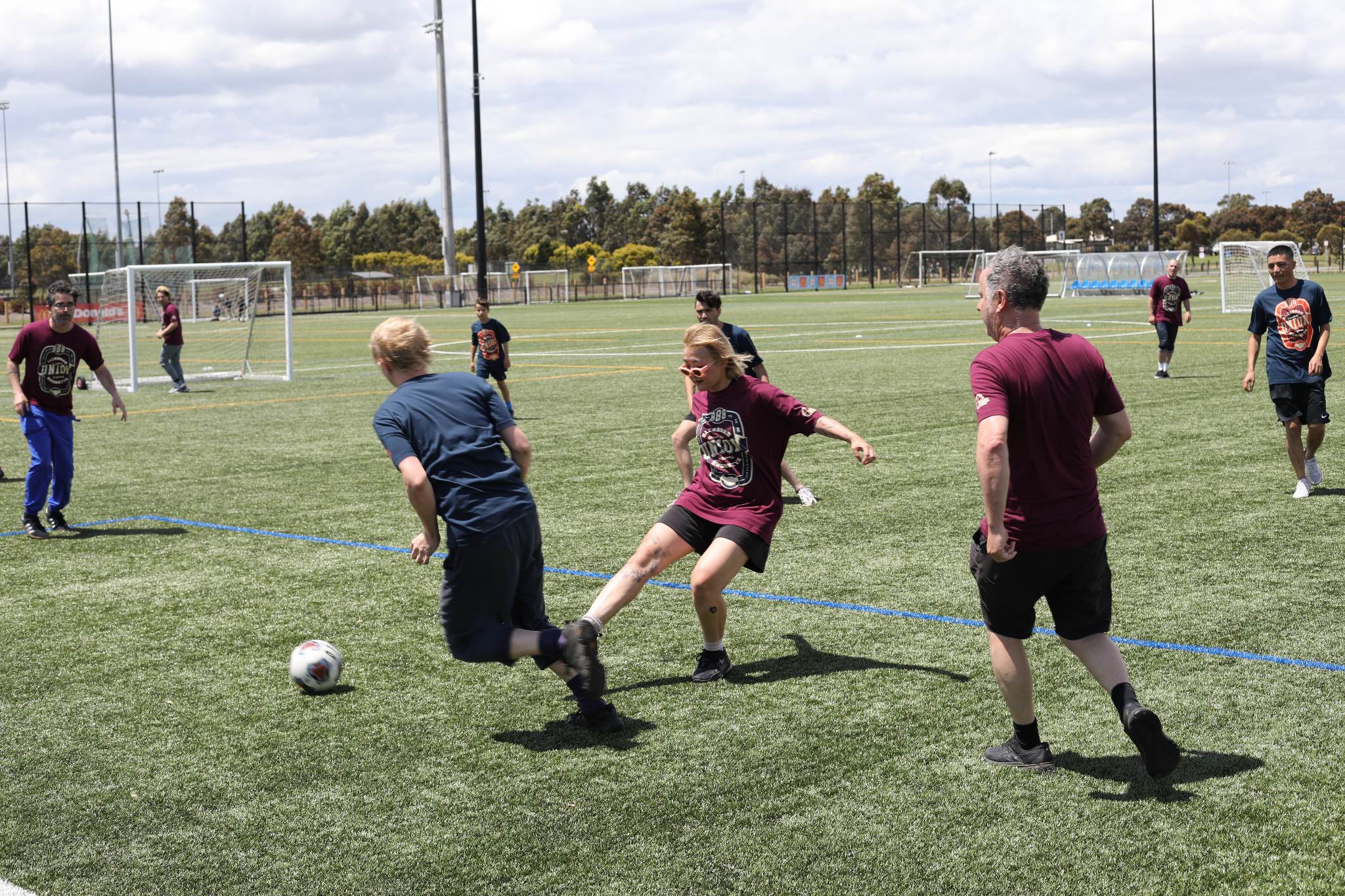 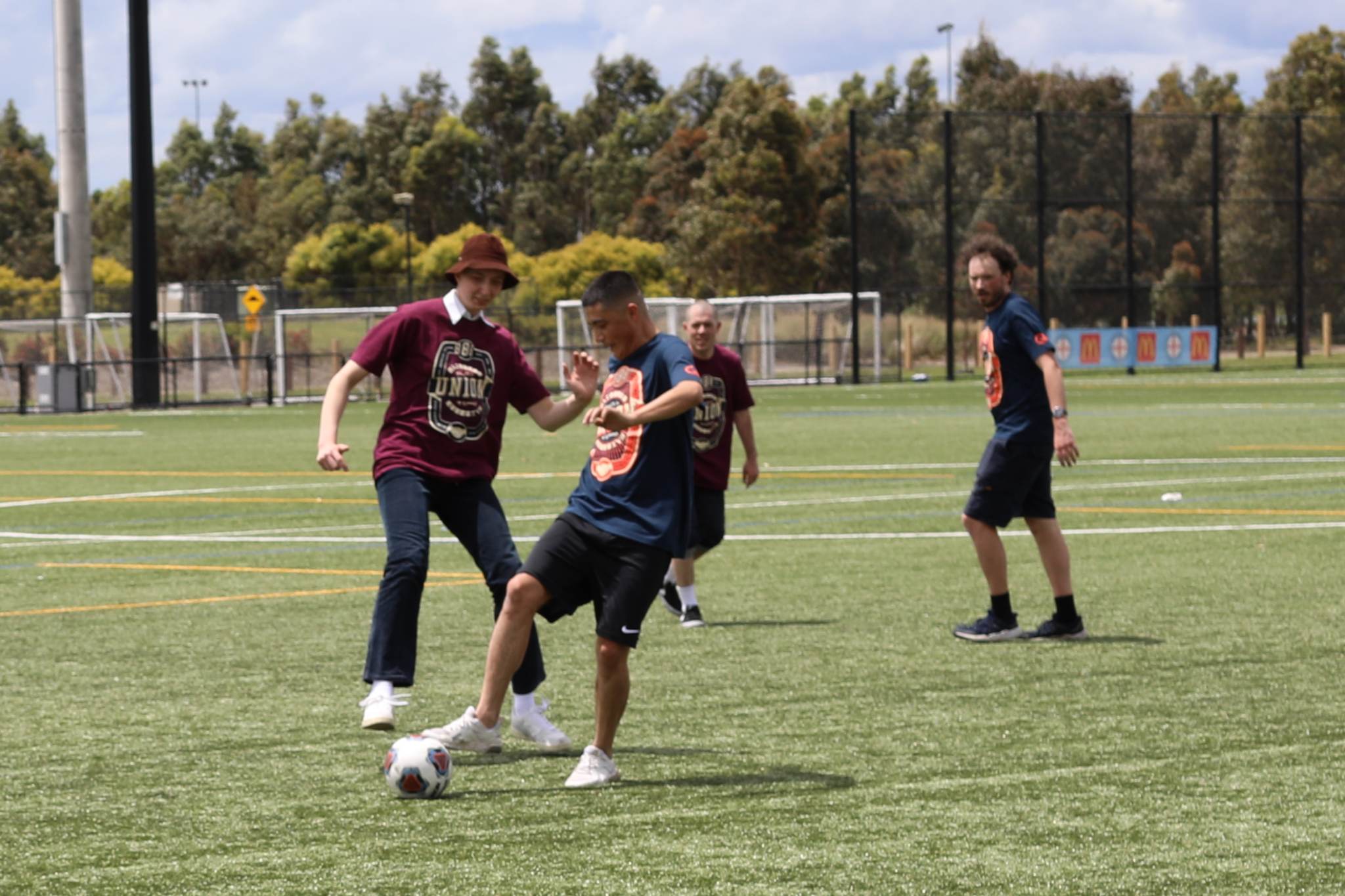 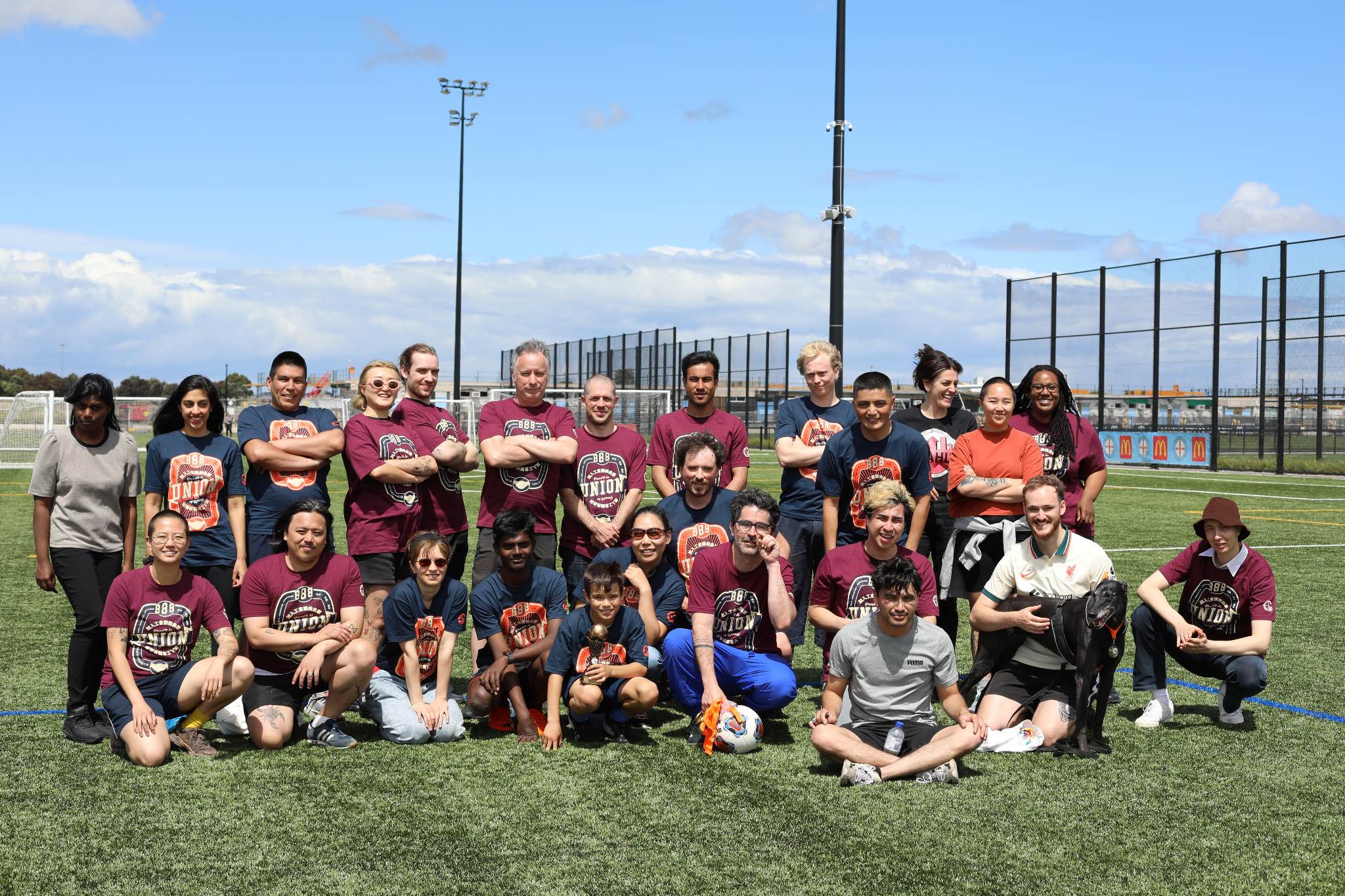 It won't be the last time you see us out on the field so stay tuned for future events in the new year!

We’ve had a busy final quarter of the year with several Know Your Rights sessions and Solidarity Hour workshops.

Our KYR sessions cover information about basic workplace rights and safety and were delivered in partnership with education institutions such as Chisholm TAFE, as well as community cultural groups. 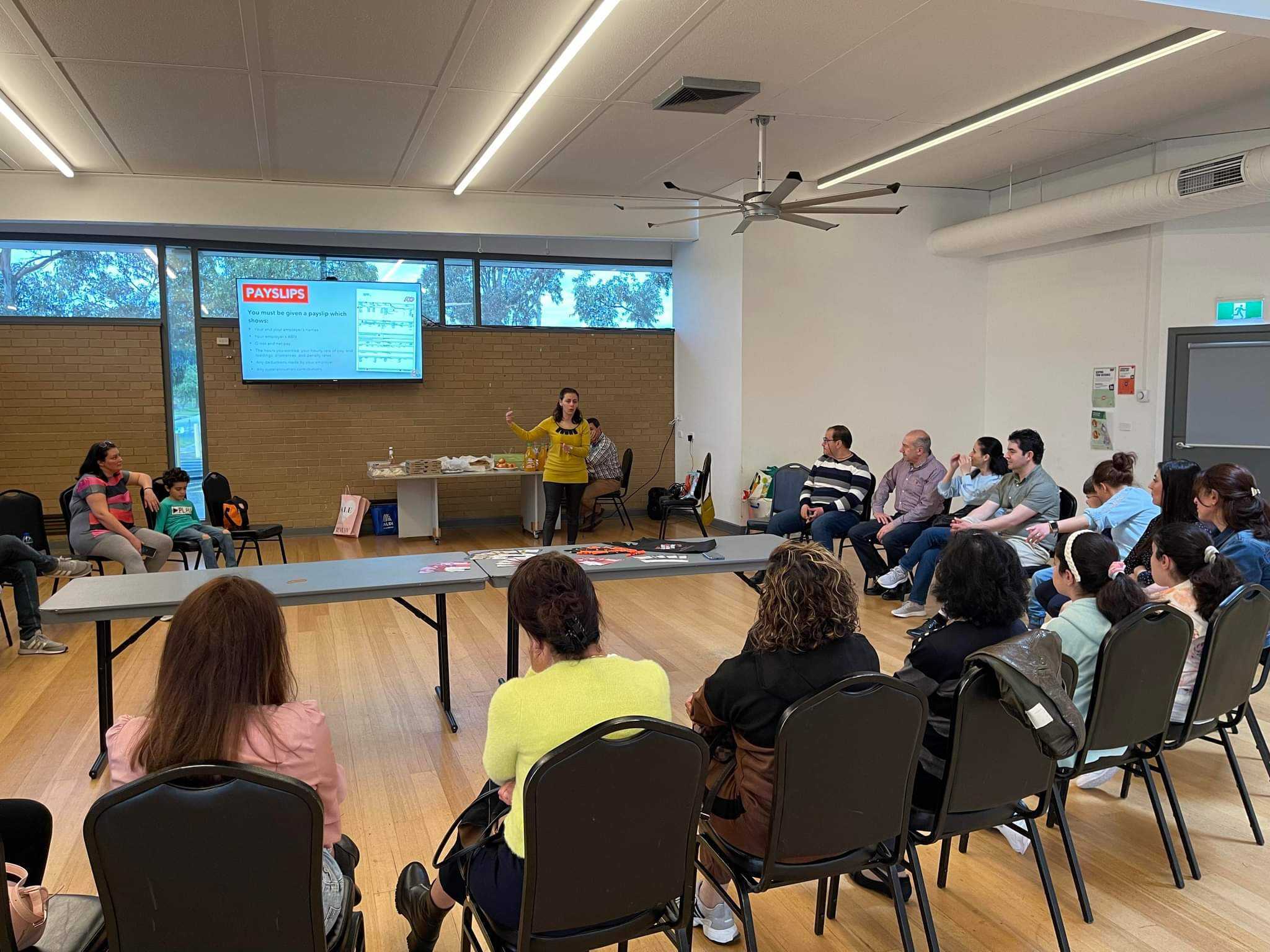 MWC organiser Alba delivering a KYR session to a local Syrian group in collaboration with Cohealth.

If you’d like to book KYR sessions for next year, please email [email protected] and we will be in touch.

Our most recent session on wage theft was held in collaboration with the Wage Inspectorate Victoria and looked at the minimum wage and award rates, how to use pay calculators to check if you're being paid correctly, and where to get help if you experience wage theft.

We’ll be continuing the series in the new year so stay tuned for future events!

MWC at the HSR Conference

The MWC held a stall at the annual HSR conference held by Victorian Trades Hall Council. The conference brought together health and safety reps from workplaces across industries and unions. We took the opportunity to share our translated resources about workplace health and safety, common workplace hazards and psychosocial hazards at work, and speak to HSRs about how migrant workers can be better supported in the workplace.

On the 29 November, thousands of people gathered to call on the Government to offer permanent visas to all refugees and people seeking asylum. Refugee communities who arrived by boat up to 10 years ago are still generally ineligible for permanent protection. This group must instead rely on temporary protection visas (TPV) or Safe Haven Enterprise Visas (SHEV) and constantly re-apply after every 3 or 5 years respectively. For over a decade, the government has forced 30,000 people to endure an endless cycle of temporary visas.

The MWC joins calls on the government to end the uncertainty and implement:

Pampas pastry workers and their union, the United Workers Union are taking industrial action to fight for fair wages and job security this month. Most of the workers are migrants and some have worked for their employer Goodman Fielder for nearly 20 years without secure employment, and without sick pay or holiday pay. 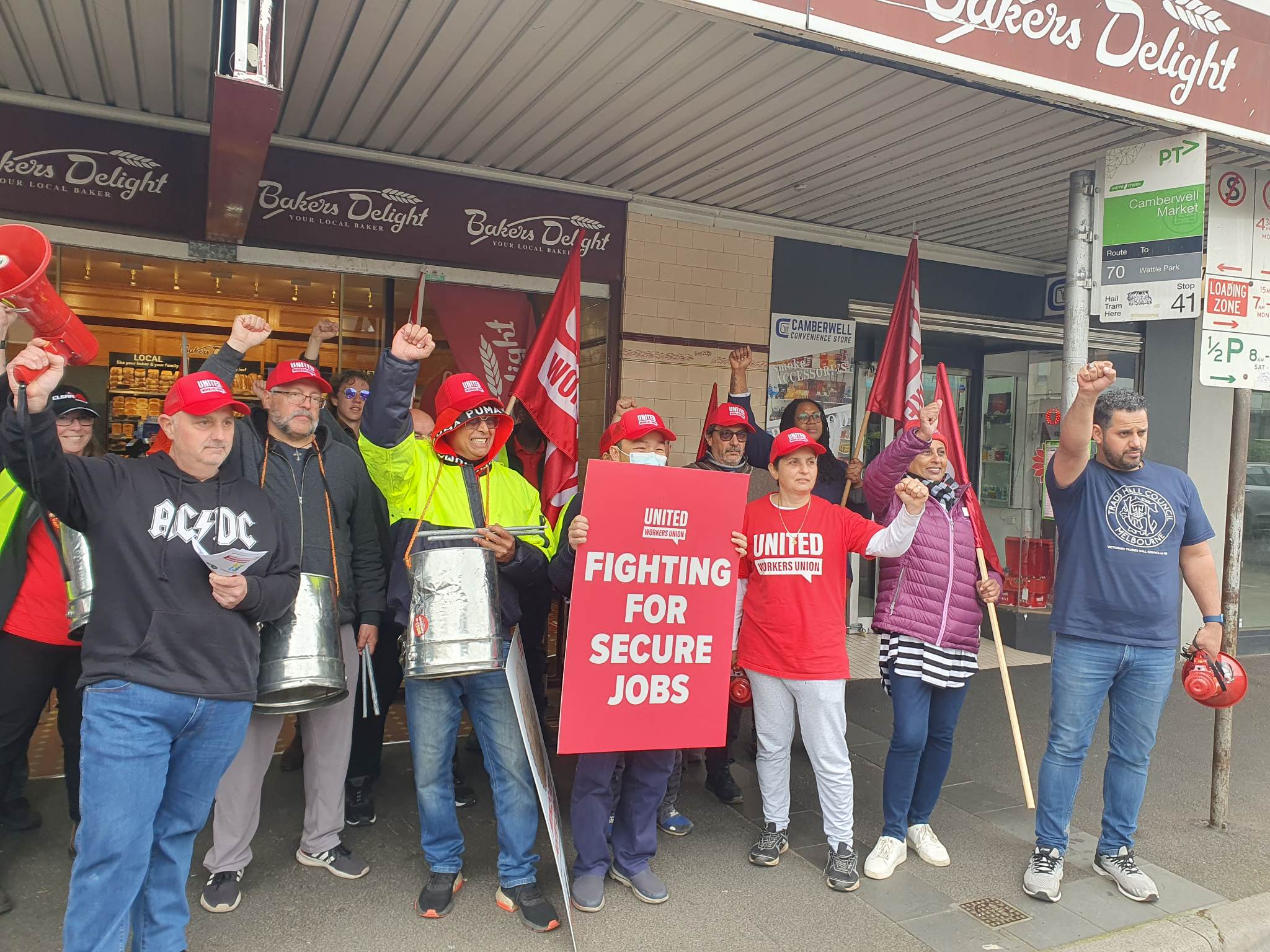 You can support the Pampas pastry workers by signing this petition or donating to their strike fund.

We hope you have a restful summer and we look forward to continuing our work in the new year.

Welcome to the Autumn edition of the Migrant Workers Centre newsletter. From this second quarter of the year, we have updates about:  A new Horticulture Minimum Wage  Fighting for Fair 887 Visa Processing  Worker Story: Seeking Compensation After a Workplace Injury  New Safety Resources ...