Welcome to the first edition of the 2020 Migrant Workers Centre newsletter. This month’s updates include:

Victorian Trades Hall Council and the Migrant Workers Centre have released a statement opposing the Government's travel ban as a response to the Coronavirus. The ban prevents non-Australian citizens and permanent residents who have recently been in China from travelling to Australia. It unfairly targets migrant workers who are on temporary visas and international students, when there is no medical case for this form of discrimination. This approach isn’t backed by the World Health Organization and will impact working people who want to return home to their families and communities in Australia, but have been locked out.

Temporary migrant workers are more likely to be in insecure forms of work, have less access to paid leave and there has been no consideration of the hardship this ban will create. People stand to lose their jobs and their ability to pay for rent and other costs.

The Migrant Workers Centre invites you to join us at the No to racism - lift the travel ban from China rally tomorrow.
4:30-5:30pm Friday 7 Feb
Department of Immigration, 2 Lonsdale St Melbourne.
RSVP here.

If you are affected or want to call an end to the ban, click here to sign our petition.

Worker Story: How did Darren recover $12,000 in stolen wages?

Last year, Darren – a Taiwanese backpacker – contacted the Migrant Workers’ Centre for help. He was working at a popular Melbourne cafe, but his boss was stealing his wages and only paying him $13-$14 per hour. After months of fighting, we’re proud of Darren and his co-workers for successfully reclaiming $12,000 in stolen wages.

How did they do it? Darren knew he was being ripped off from the beginning, but wasn’t sure what to do. His workplace had previously been investigated by the Fair Work Ombudsman but with no outcomes. However, he started tracking his work hours on the Record My Hours app and talking to his co-workers. He says, “it was easy to connect with the other workers because they were also Taiwanese” – reflecting the important role of community and cultural connections in fighting worker exploitation. Darren also joined the United Workers Union, and he and his co-workers collectively demanded payment from their boss. The prospect of a protest outside the business was enough for his boss to agree to a $12,000 settlement.

Read the full story in English or Chinese 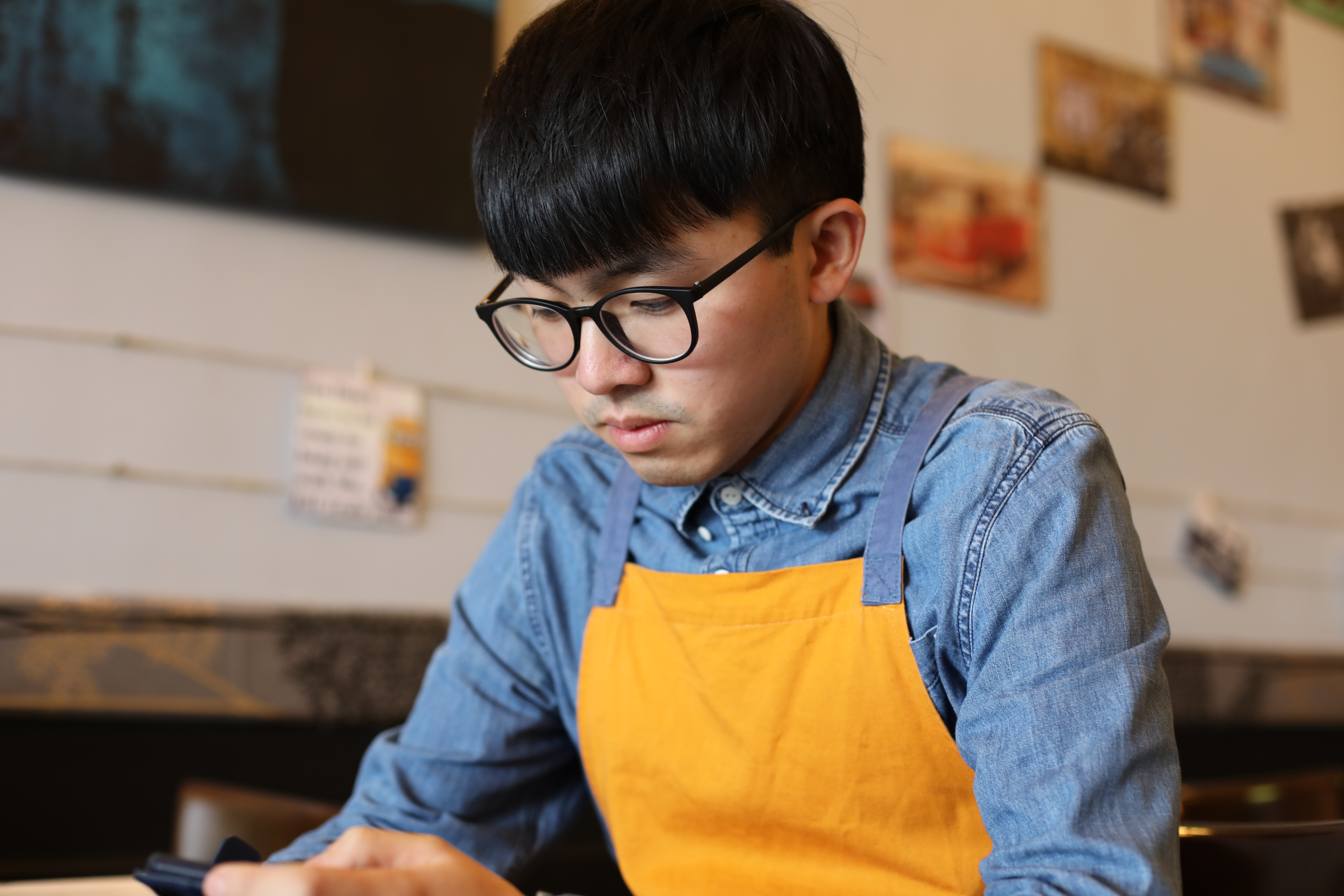 The Multicultural Safety Ambassadors program is off to a great start. Ring Mayar, president of the South Sudanese Community Association of Victoria led the first Occupational Health & Safety info session in Sunshine, and last week Maryaan Essa delivered a session to over 40 people from Melbourne’s Iraqi Community.

The positive responses from attendees show the importance of empowering community leaders to communicate information in their own language and in a culturally relevant way.

Reflecting on the program, Ring says, “English doesn’t explain things the way they should be explained in other languages. […] More importantly there’s cultural sensitivity when you speak about certain issues, that you need to be very culturally versed in and mindful of when you talk about them.” 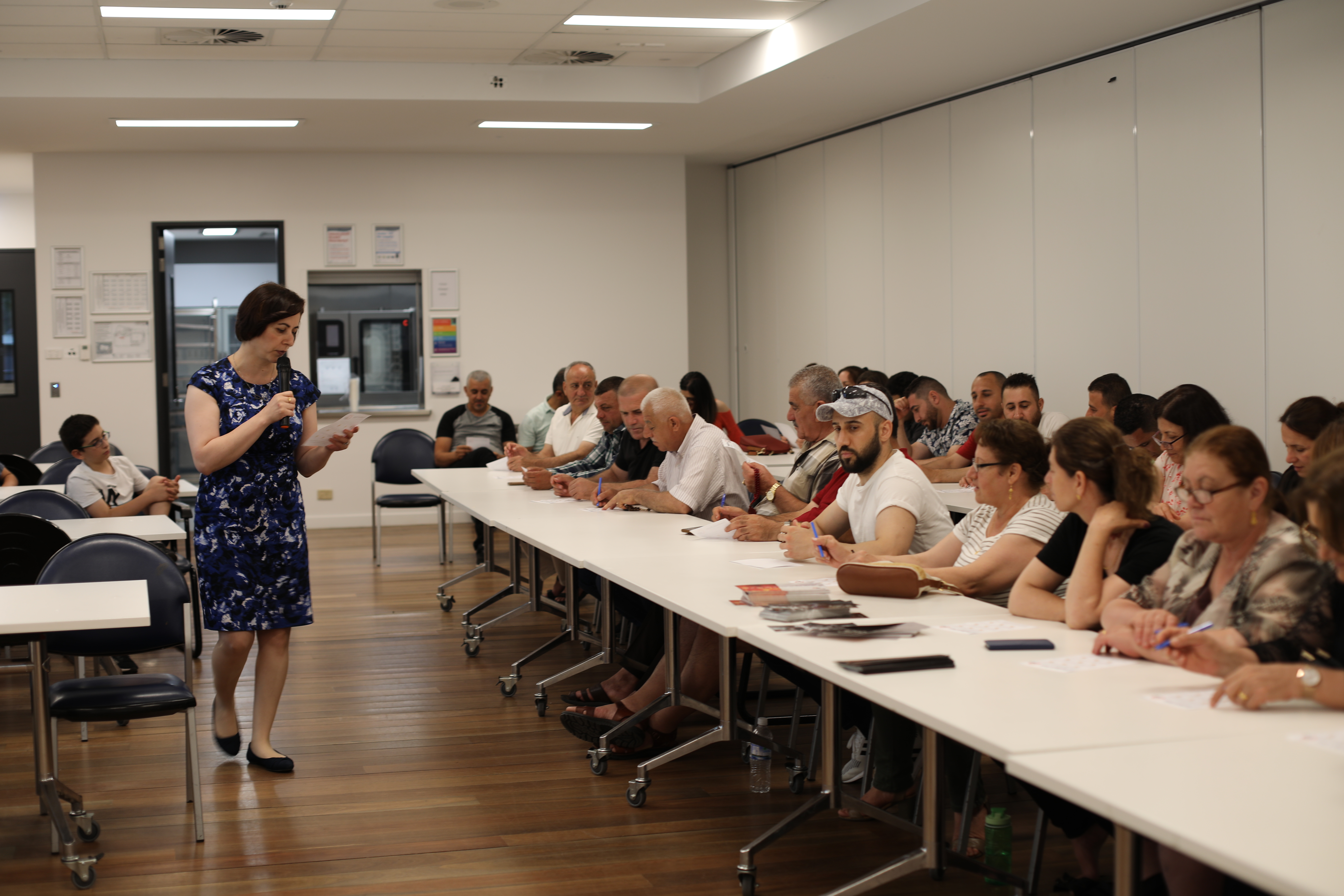 After months of working in unsafe air conditions due to bushfire smoke, the Victorian trade unions movement has announced a new policy which will empower workers on unionised worksites to take safety into their own hands.

Critical outdoor work should then only resume if workers are using respiratory protective equipment (RPE). This is the first time a union-wide directive on air quality has been issued in Victoria.

Victorian Trades Hall Council has also developed resources explaining what to do. Translated resources can be found here (available soon). 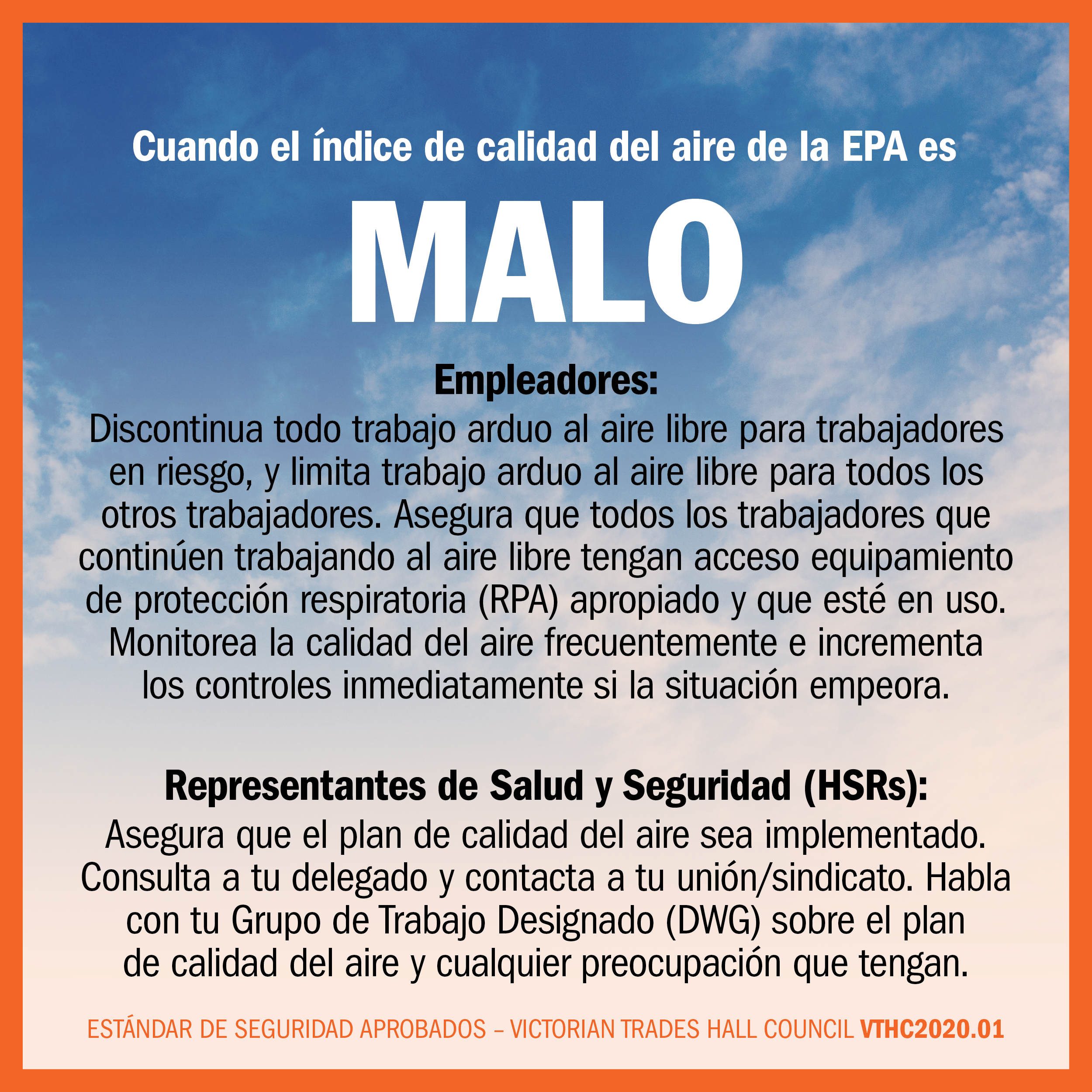 The campaign against visa privatisation.

Our immigration system should not be run for profit. But last year, the government announced plans to privatise Australia’s visa processing system. The plan would have had disastrous consequences, leading to not only the loss of up to 3000 jobs, but would have negatively impacted thousands of people on temporary visas across Australia each year. Risks of privatising the visa approval system include increased wait times and costs, potential data breaches and a lack of transparency - all with huge impacts for those on temporary visas.

The Community and Public Sector Union had been staunchly campaigning against these changes, including holding over 60 lobbying meetings with MPs and Senators. Last month, new advice from the Department of Home Affairs indicated the changes would need to be legislated and likely defeated in the Senate.

We’re glad this isn’t a new challenge migrant workers will have to face.

Coming up at the Migrant Workers Centre

The will be the third info session of the Multicultural Safety Ambassadors program.
RSVP here

Held as part of International Women's Day, migrant women from any cultural background are welcome to join our celebration and conversation on migrant women’s work rights.
RSVP here