Welcome to the spring edition of the Migrant Workers Centre newsletter. This edition includes updates about:

The Migrant Workers Centre has launched our annual survey of migrant workers. We want to know about your experience with visas, migration agents, finding work and life in Australia. We’ll use the findings to push for a fairer migration system and more pathways to permanency. 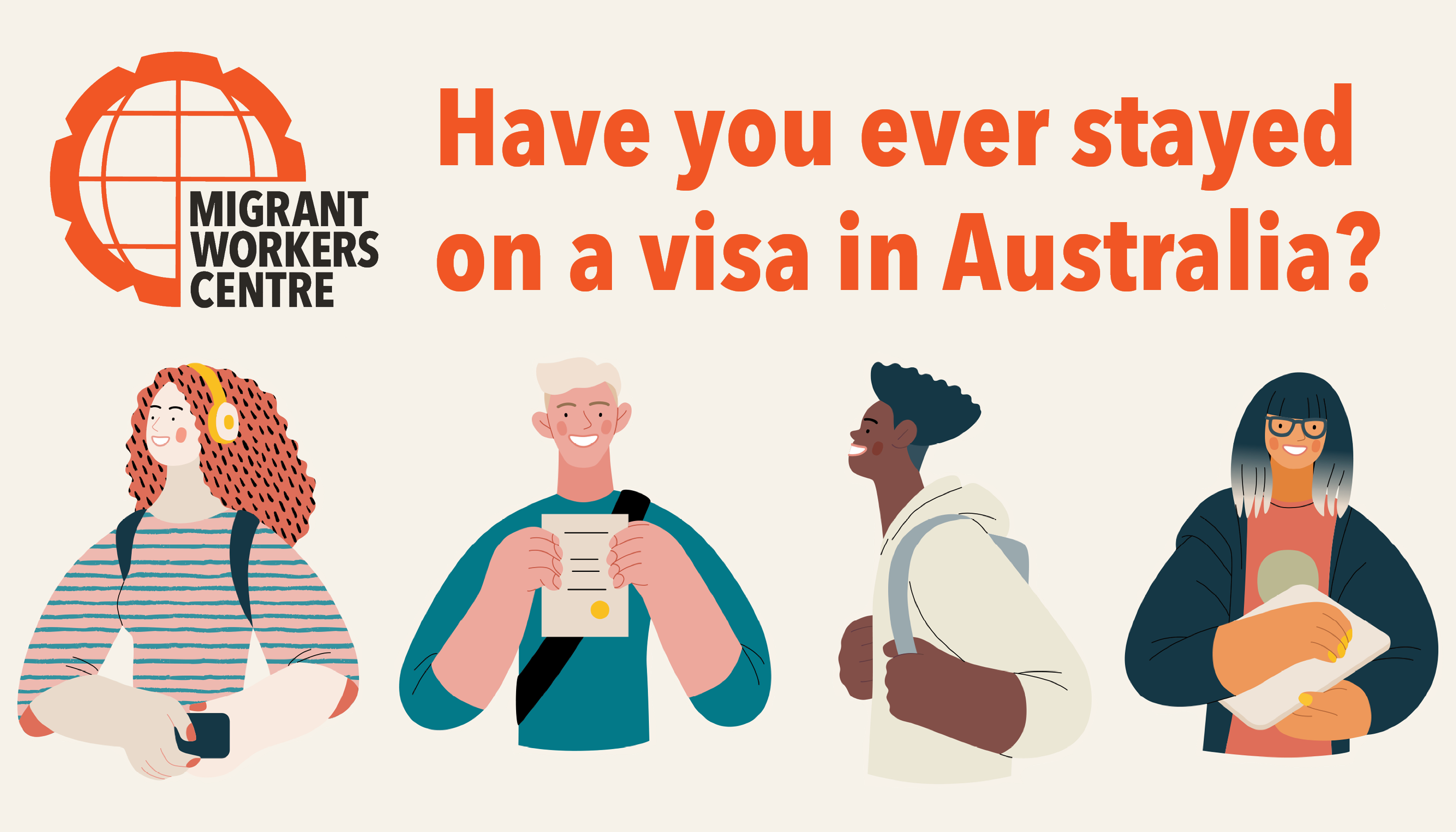 The Government recently announced an increase in Australia’s permanent migration intake to 195,000 a year. Our next step is to ensure this increase is accompanied by fairer visa processes and stronger protections for all migrants. This survey will help us gather indisputable data that we need to overhaul our migration system to put workers first. We’ll use the findings in Parliamentary submissions and presented them to elected representatives.

Over a thousand workers have already taken our survey - every contribution shapes our research and campaign for a fairer visa system. Can you add your voice?

People born overseas and working in Australia disproportionately face exploitation at work due to factors such as a lack of familiarity with Australian workplace laws, a lack of accessible information, and prohibitive visa conditions.

The BWRAP trains active and trusted members of Victorian migrant communities to become Bicultural Work Rights Ambassadors. Ambassadors are supported to deliver information sessions to their peers on workplace rights, workers’ compensation, occupational health and safety, and to build power in their communities.

Applications will close on Sunday 25 September. Find out more and apply online on our website. 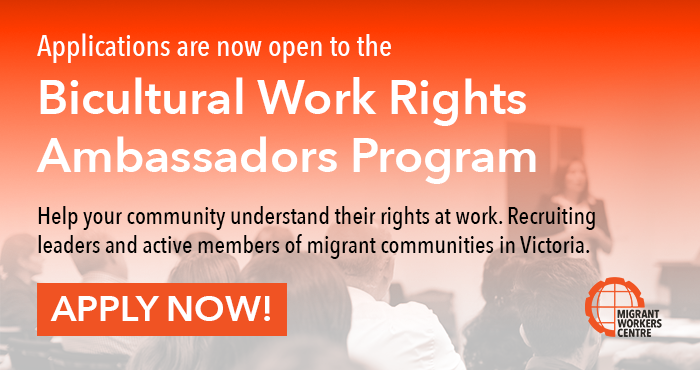 #PathwaytoPermanency at the Jobs Summit

Migration was a key topic of discussion at the recent Jobs Summit in Canberra. The Migrant Workers Centre welcomes the proposed increase in permanent migration numbers and the emerging consensus that improving pathways to permanent migration is an essential element in the nation’s economic and social recovery from COVID-19.

However, just increasing the number of permanent migration places will not be enough to overcome Australia’s jobs and skills issues. A shift to permanent migration must be accompanied by fairer visa processes and stronger protections for all migrants, including:

Read more about the Jobs Summit and what it means below: 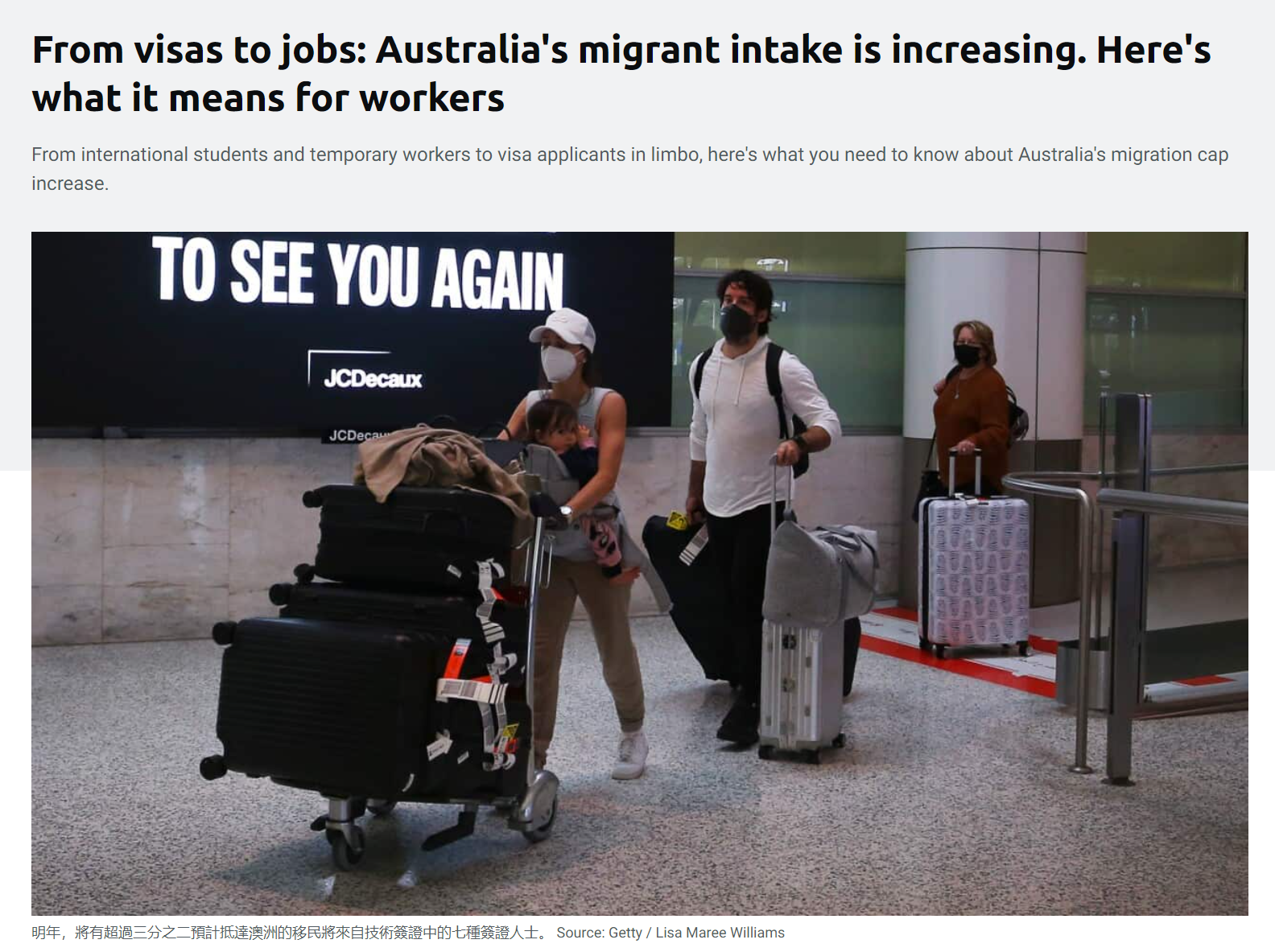 Being on a temporary visa made standing up against workplace exploitation and harassment difficult for Felisia*. But joining her union empowered Felisia despite her uphill battles with an unjust visa system.

Felisia came to Australia from Southeast Asia as a 29 year old on a student visa in 2009.

She says, “I started to look for a job, but it was hard. Employers wanted local experience and were reluctant in hiring people with a temporary visa. It took me six months to secure a job in my field.”

Felisia eventually found a job as a marketing manager however she was underpaid from day one.

“I was paid $15 per hour but at that stage I was happy because I had a job.” Employment meant Felisia could apply for a skilled sponsorship visa.

In addition to the wage theft, Felisia’s boss also began to harass and bully her at work. He made her stay late without pay, and began asking her to accompany him to events outside of work hours.

Felisia explained, “I replied I could not accept it as it was not part of my role as marketing specialist to be on duty and to accompany him.”

She experienced outbursts of anger when she refused his requests, and his behaviour escalated to sexual harassment in the form of unwanted touching.

Felisia eventually reported his behaviour, but explains that at the time, “I was embarrassed and […] I was scared I would have risked my visa.” 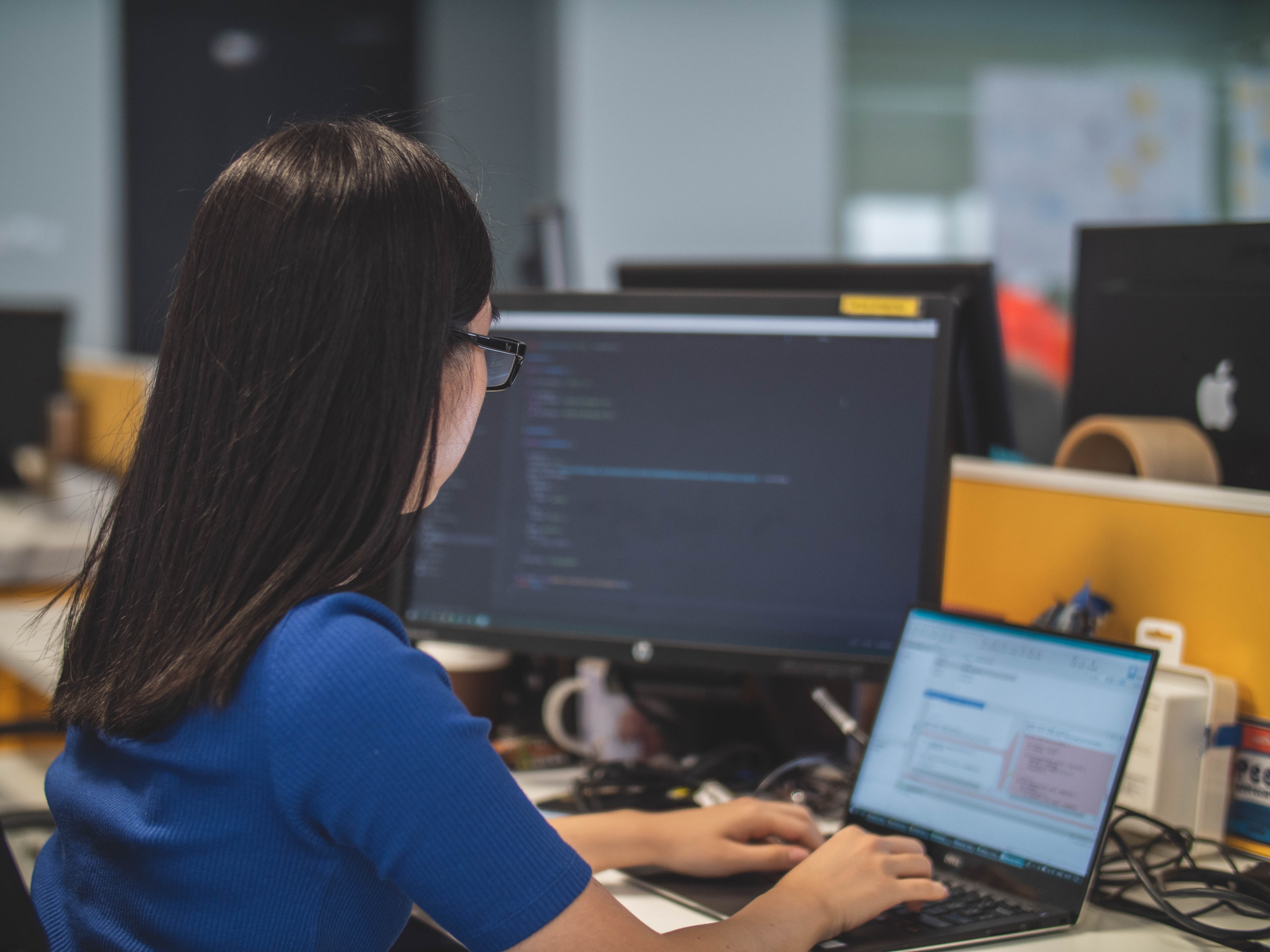 Felisia was eventually dismissed and lost her job. Her fears around her precarious visa circumstances at the time meant she did not pursue an unfair dismissal claim. Moreover, she had to restart her permanent visa eligibility process – despite the harassment she had endured.

However, there was a glimmer of hope for Felisia. She eventually found another job in her field and it was around this time that she also learned about unions and her rights at work. She joined the United Services Union.

Now Felisia says when she has questions at work, “if I ask my union, I know for sure the advice is reliable. I know I will be protected. I know they will be on my side.”

“If your employer is doing the right thing, they wouldn’t tell you to not join the union, they have nothing to be afraid of.”

While she’s still fighting an uphill battle to stay in Australia and for her permanency, Felisia says joining a union has transformed her experience working in Australia. Her advice for other migrants is, “Joining a union is your right, you should never be afraid.”

Each month, we will look at a different topic. The first session, ‘First Line of Defence’, will equip community leaders and community service practitioners with essential knowledge and skills to respond to potential instances of labour exploitation among migrant workers in their community or practice.

You can RSVP to upcoming sessions below:

Rallying for permanent visas for refugees

On Tuesday 6 September, thousands of refugees and asylum seekers who call Australia home came together in front of Parliament House, Canberra to protest for permanent visas for all. The protest was organised by refugees and people seeking asylum. 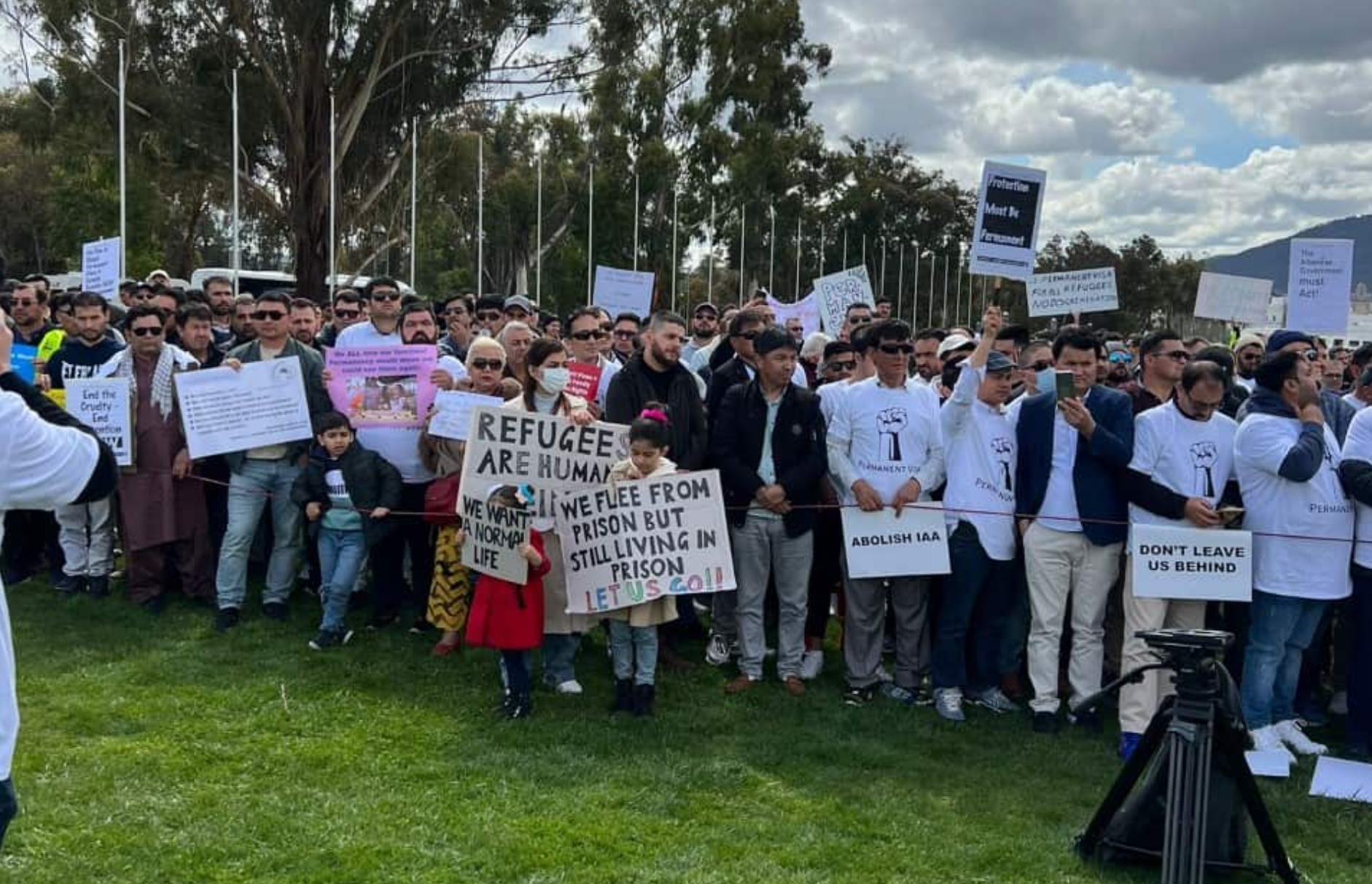 There are currently 30,000 people on temporary protection visas (TPVs) living with uncertainty and second-class treatment. They have been living in Australia for almost ten years under an asylum seeker policy that discriminates on the basis of arrival in Australia.

MWC organiser Hassan spoke at the protest, and we join the calls on the Federal Government to end laws that discriminate against asylum seekers, reinstate a fair visa system and provide permanency for all.

Welcome to the Autumn edition of the Migrant Workers Centre newsletter. From this second quarter of the year, we have updates about:  A new Horticulture Minimum Wage  Fighting for Fair 887 Visa Processing  Worker Story: Seeking Compensation After a Workplace Injury  New Safety Resources ...