The May edition of the Migrant Workers Centre newsletter features:

The Morrison government has announced a $60 billion underspend on JobKeeper, with 3 million less people than expected accessing the wage subsidy. However, the Morrison government is still refusing to extend it to cover all migrant and casual workers. Each week, the situation for these workers becomes more dire. Lengthy lines at food banks, people living in their cars or camping in parks are after being evicted are the avoidable consequences of Josh Frydenberg and Scott Morrison’s inaction.

With this huge underspend, the Morrison Government has no more excuses. They must include all workers in JobKeeper. Our campaign for a wage subsidy for all is continuing and we’re calling on migrant workers and their community supporters to send a message to Josh Frydenberg explaining what a wage subsidy would mean to them. You can send Josh Frydenberg a message here - if you’re not sure what to say, there are suggested talking points on the page.

Despite facing their own challenges, volunteers in the Migrant Worker Solidarity Network (MWSN) are coming together to support migrant workers who have been impacted. Last month, over 1500 people contacted us for assistance after losing work. The MWSN is now getting back in touch with everyone who reached out – checking on their welfare and connecting them with the new support services that have been announced. Members of the MWSN are standing up and leading the fight for a wage subsidy for all.

If you’d like to know more about getting involved with the solidarity network, sign up here and one of our organisers will get in touch.

Working Holiday Visa holders are one of the largest demographics of migrant workers who are struggling without any government support. Many are stranded here with no way to return home due to closed borders or exorbitant airfares. Over the weekend, the MWC in collaboration with Unions NSW and backpacker groups ’88 days’ and United WHY - representing backpackers from Europe, Korea, Taiwan and Hong Kong - led a mass online call with backpackers from around the world. Organisers from these groups shared crucial information about where people could go for support, and meeting participants planned next steps for the campaign for a wage subsidy for all. 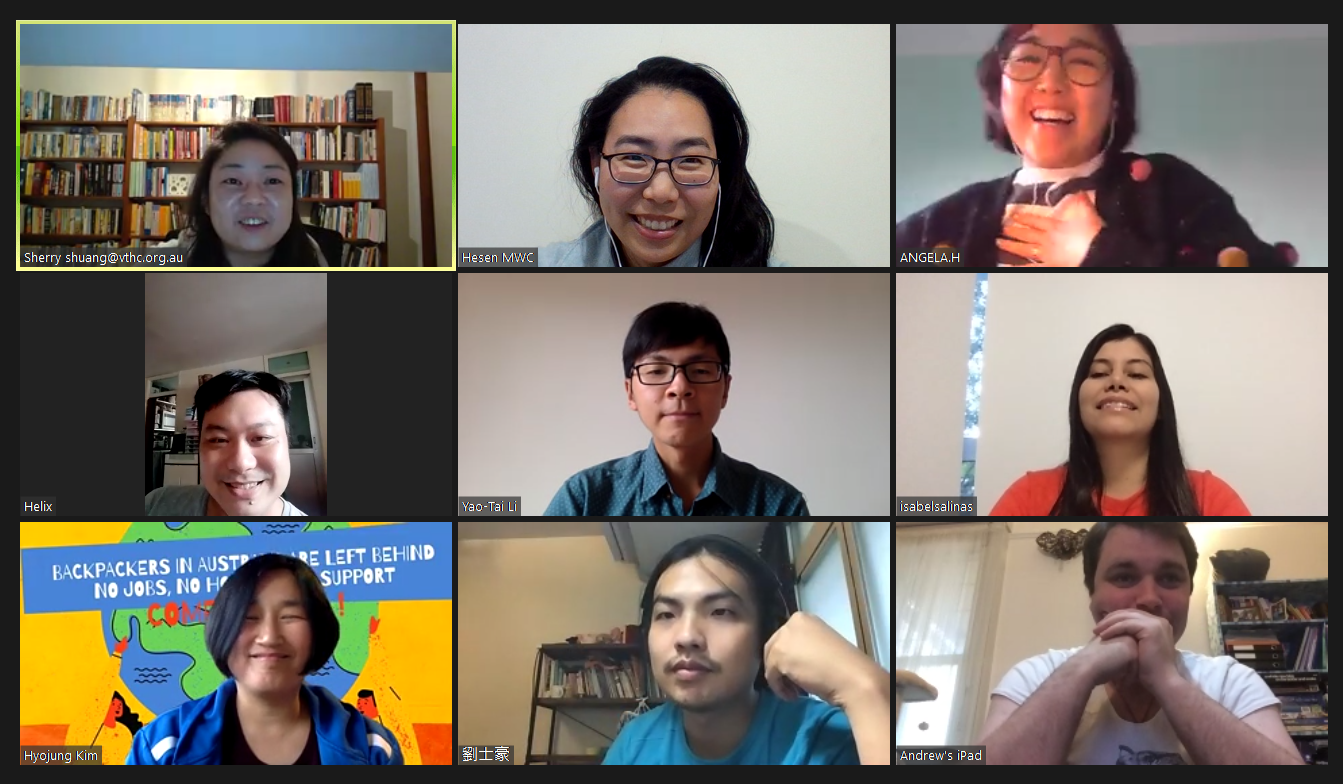 The Migrant Workers Centre has produced translated tenancy resources to assist those who are struggling with rent. New laws recently announced in Victoria mean tenants can’t be evicted if they’re facing financial hardship due to COVID-19. However, equipping tenants with the information to enforce their rights is crucial in ensuring landlords and rental agents meet their obligations. The lack of Federal support for temporary visa holders has also meant that many migrants are in highly precarious housing situations and at greater risk of homelessness. The resources are available in Arabic, Chinese, English, Filipino, Italian, Korean, Malay, Spanish and Tamil and you can access them here. 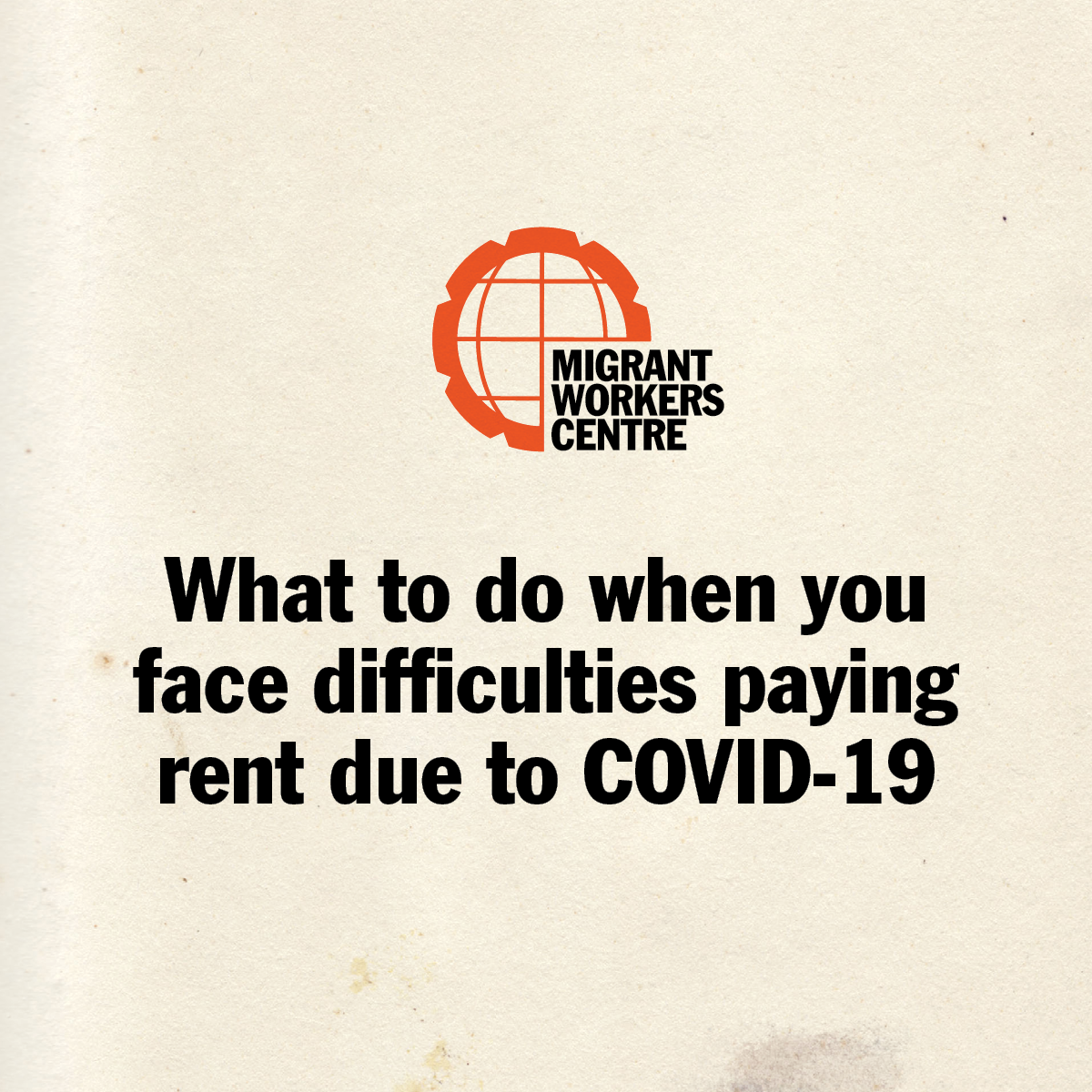 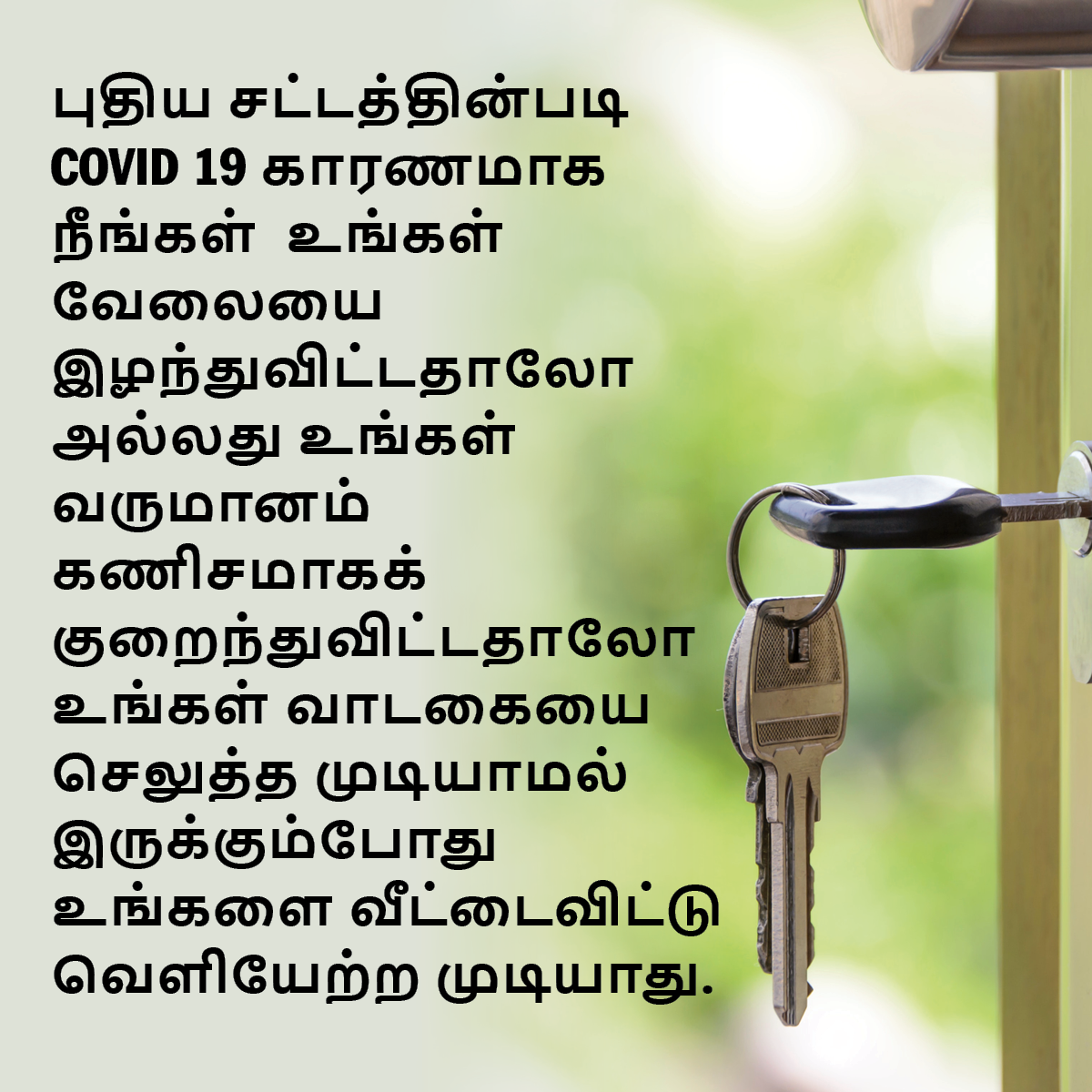 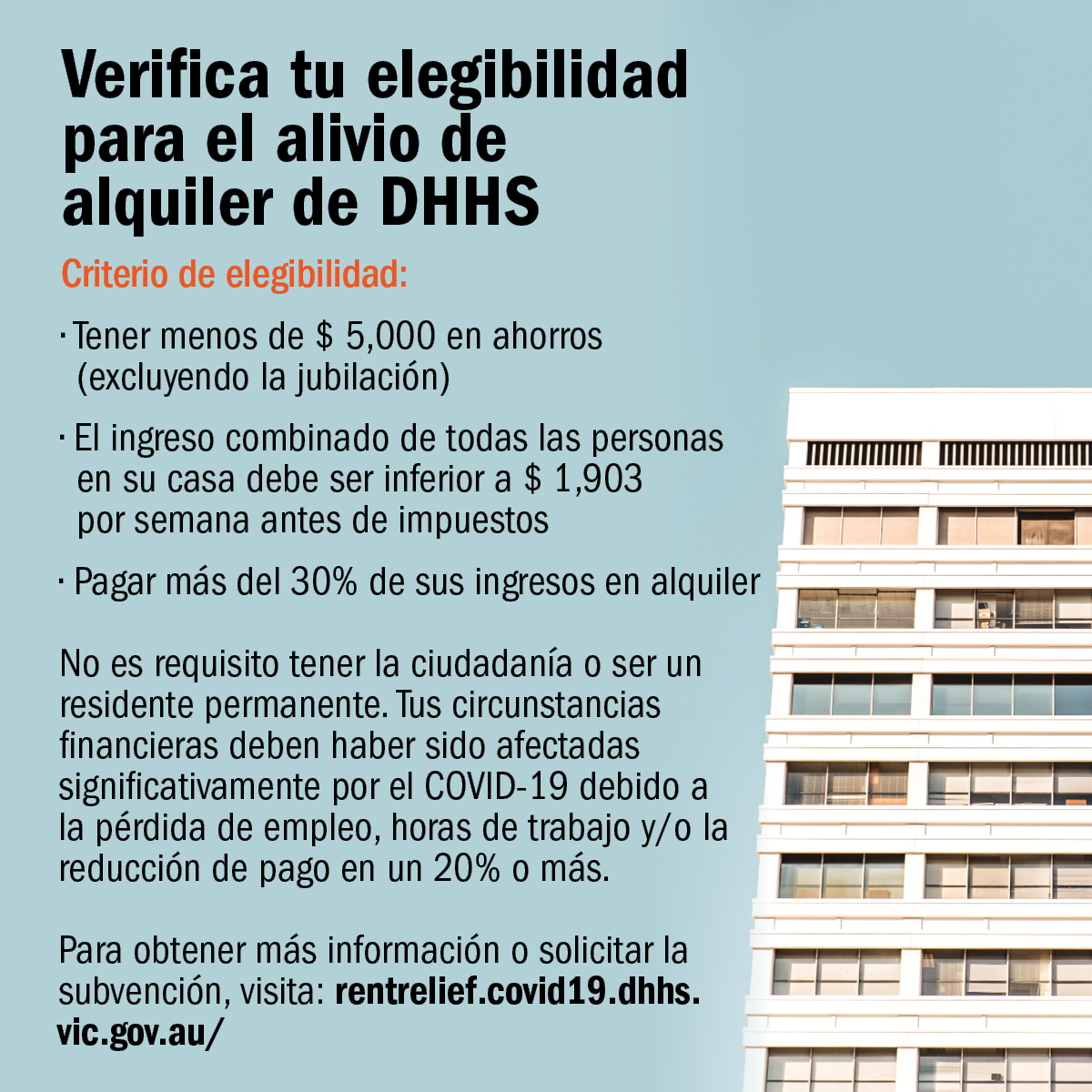 Migrant workers at Covino, a farm that supplies fresh produce to major supermarkets like Woolworths and Coles, had been working unpaid for nearly three months under abusive and exploitative conditions. However, they were back paid all their wages after contacting the Migrants Worker Centre for assistance and collectively demanding the pay they were owed.

One of the workers, Jarvis Wu, said he had been working in the tomato fields under harsh conditions for nearly three months without seeing any pay. The workers in the fields were mostly all working holiday makers as well as some undocumented workers. They also suffered harassment and racial abuse from their boss, who openly threatened to not pay them. He says the power dynamic between their boss meant he wasn’t afraid to threaten and mistreat them. In contrast, the workers in the packing sheds who were organised members of the United Workers Union had union support and were paid standard award wages.

Jarvis contacted the Migrant Workers Centre after being referred by a friend, and together with a dozen other workers they successfully demanded their wages. Jarvis was able to prove the hours he’d worked by documenting his shifts. He advises taking photos when you start and finish work. He says, “I also wrote down my hours in my log book, and took photos and video recorded myself at work.”

He says his advice to others in similar situations is to educate yourself about work rights in Australia, “there are lots of unfair things, please don’t ignore it”. If you or someone you know is experiencing wage theft or abuse in the workplace you can arrange a confidential appointment with an organiser from the Migrant Workers Centre here. 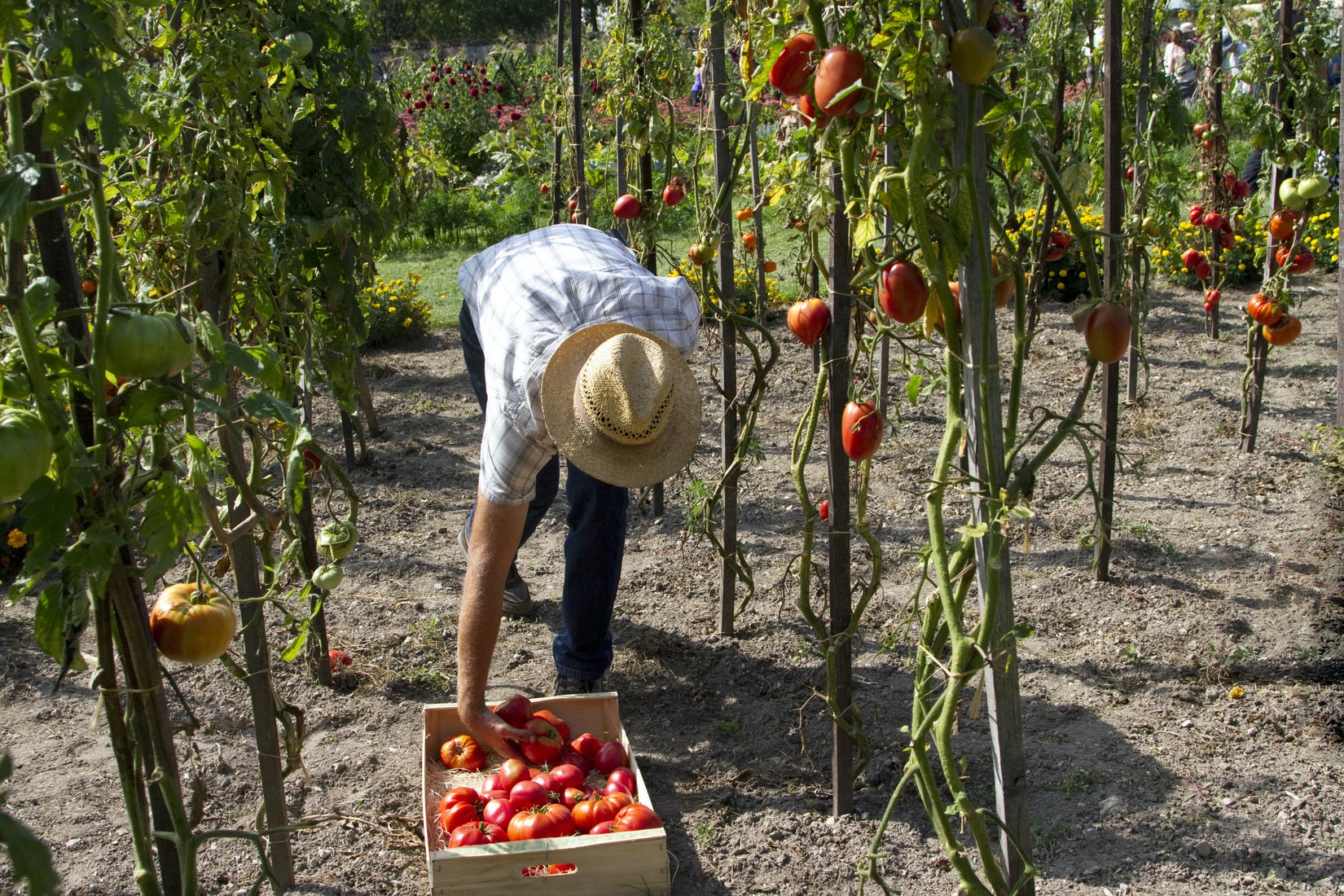 June 1st marked the first Injured Workers Day in Australia. This day has been celebrated in Ontario, Canada since 1983 but this year marked its first commemoration in Australia. The Health and Community Services Union (HACSU) advocated for its inclusion in the calendar to raise the visibility of injured workers, enable them to lead a conversation about reform and show solidarity with the families of injured workers.

The inaugural Australian event this year was celebrated in collaboration with our comrades overseas. A day of online action was held and you can watch back the event here. 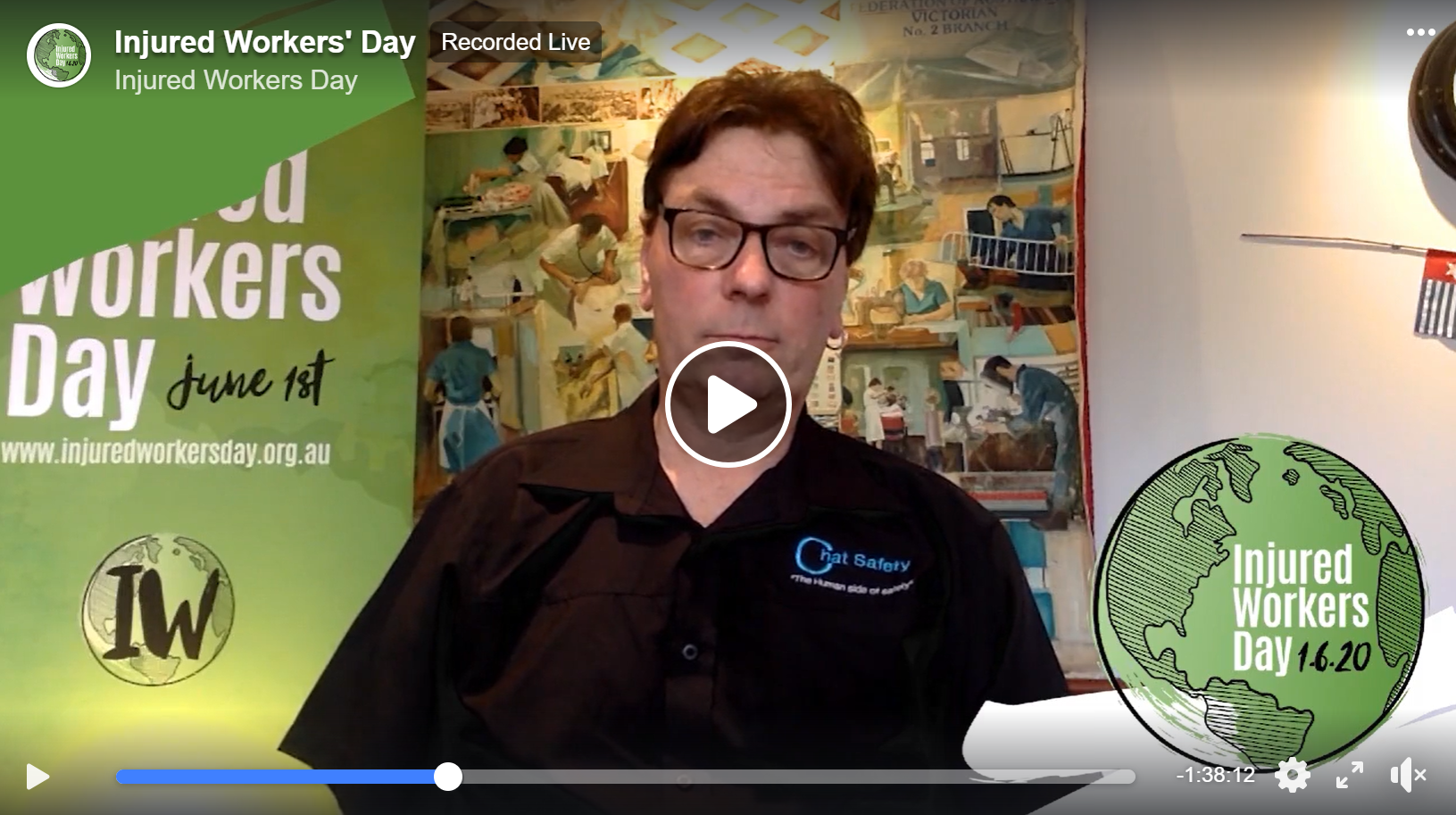 The Migrant Workers Centre has closely worked with people who’ve suffered workplace injuries. The lack of accessible information about workplace OH&S and compensation, and exploitative bosses taking advantage of precarious visa situations means migrant workers experience workplace injuries at higher rates than the general population. Injured Workers Day also draws attention to less visible injuries such as workers’ mental health, a pressing issue for many migrant communities who face higher rates of harassment or racial abuse in the workplace. The Migrant Workers Centre regularly assists workers file WorkCover claims, and provides translated information about safety alongside our Multicultural Safety Ambassadors. If you’ve been injured at work and need assistance, click here to make an appointment with us.

The Migrant Workers Centre is supporting the campaign for an information firewall between medical professionals and immigration, so undocumented migrants can seek medical assistance without fear of deportation.

There are almost 100,000 undocumented workers living in Australia without access to Medicare and due to their visa status they have to make the choice between risking deportation or seeking urgent medical help. In the midst of a global pandemic, people must be able to access essential healthcare without fear of deportation and family separation. Our comrades at Democracy in Colour have launched a petition demanding the Morrison Government implement a firewall between health providers and the Department of Home Affairs, you can sign the petition here.

Workers represented by the Media Entertainment and Arts Alliance (MEAA) have been severely impacted by COVID-19 related job losses. On top of the shut down of entertainment and arts venues, many workers in these industries have a high rate of casualisation and suffer from intermittent work and income insecurity.

Alongside calling for JobKeeper to be expanded to casual workers and freelancers, the union is supporting calls from the Australia Council of Trade Unions for a further two weeks of leave for employees and for equivalent entitlements to be extended to individual contractors. They’re also calling on Paul Fletcher, the Minister for Communications and the Arts for Federal Government assistance to the support the $111 billion arts industry. Click here to sign the petition.

And if you’re an arts worker, you can join MEAA here.